The Tale of Dan De Lion - Part the First


Tom Disch [1940-2008] was a gifted poet, critic and science fiction writer. In a fit of depression, he shot himself in the head. 68 isn't young, but you'd have to believe he could have gone on to write more novels and poems if he'd lived longer. For a complete account, visit his Wiki page here. He began as a poet, but his sci-fi novels were his his most popular work. Disch didn't write the kind of poetry that I find satisfying, but he was clever and could make delightful metaphors and narratives. 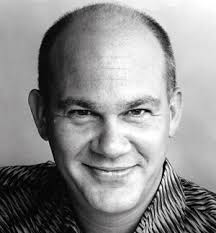 Though I've never been a big fan of juvenile literature, occasionally I can be diverted by a book that seems to transcend the gulf we ordinarily associate with the separation between childhood and adulthood. Disch's book The Tale of Dan De Lion is one such.

Typically, I'm not a big fan of "cute" when it comes to poetry, but I've read a fair amount of light verse in my time. Specialists--like Ogden Nash or Phyllis McGinley--manage to sound witty while they're being inventive. Light verse is one of the mainstays of juvenile literature--a fact that sometimes dismays me, since I believe that it prejudices young minds towards the frivolous aspect of poetry, and forever taints their understanding and appreciation of more serious work. (The other side of that coin is so-called religious poetry, a steady diet of which tends to inculcate readers with the idea that poetry is nothing more than a vehicle for devout thinking.)

What's the excuse for light verse, aside from ease of apprehension, and the mild, negligent attitude towards existence it implies? Poems as jokes, poems as innocent fun--poems as a kind of parlor-game of rhyme and rhythm, no more edifying than square-dancing, cartoons, pantomime quizzes, or cross-word puzzles.

But occasionally, someone comes up with a valid pretext for a nonchalant indulgence in silly verse.

Traditionally, juvenile or light verse works well in tetrameter, or lines with a four-beat measure. Think of Lewis Carroll's "Jabberwocky"--


And the mome raths outgrabe.

(Which is not to say, of course, that serious poems can't written in this measure.) 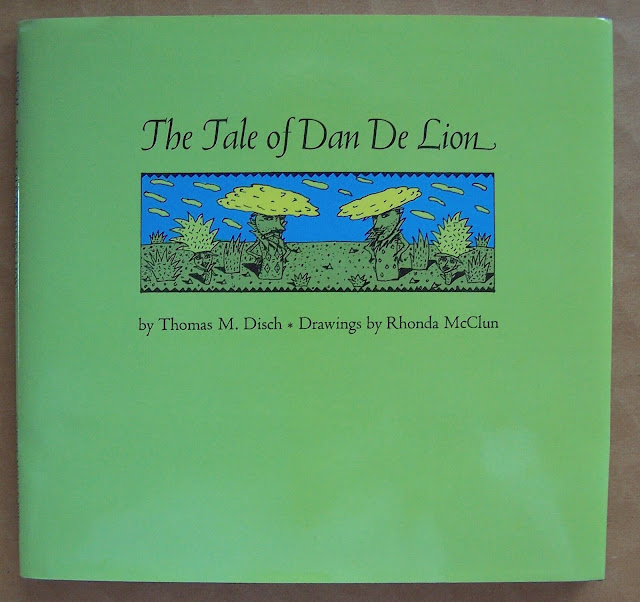 The Tale of Dan De Lion was published by Coffee House Press in 1986. Coffee House Press was started in Minneapolis, by my old (late) friend Allan Kornblum, after he closed down his letterpress operation Toothpaste Press outside of Iowa City. When I knew Allan, we both lived in Iowa City--during the early 1970's. Allan had a good eye for charming alternative literature, though I wouldn't have known it then. 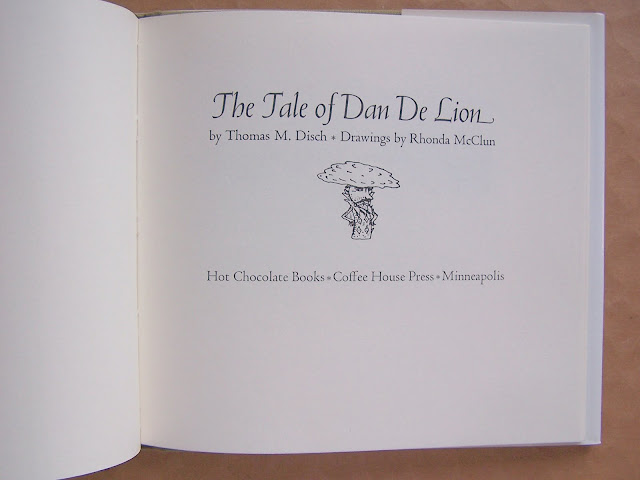 The Tale of Dan De Lion is the sort of contrary dystopian fable that appeals to smart children, and may be as attractive and intriguing to adults as well.

I've reproduced the whole book here, rather than just refer to it obliquely. It's out of print now, so I doubt that anyone will be offended by my appropriation. 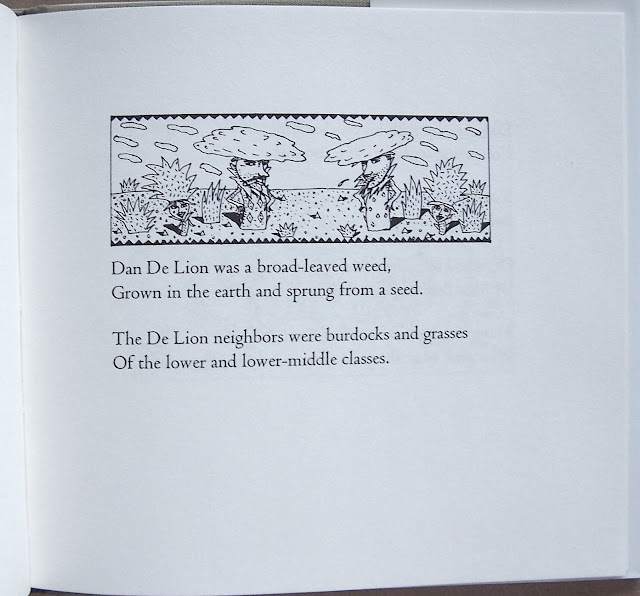 Dan De Lion is a subversive little story about the competition between wild and domesticated plants--in this case between dandelions and domestic cultivated roses. 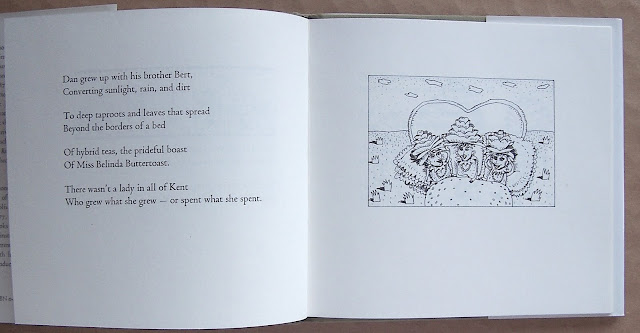 The story imagines the garden as a scene of conflict, in which the natural flora, ignored and despised by sophisticated (and well-heeled) gardeners, compete for space and air and water and nutrients, with the pampered flowers of Miss Belinda Butterworth. 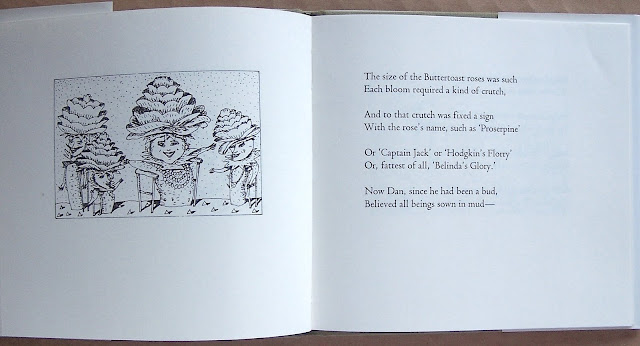 Dan De Lion is a weed, a despised outlaw and invader of the tended bed, an enemy of Butterworth and her prized rose plants. 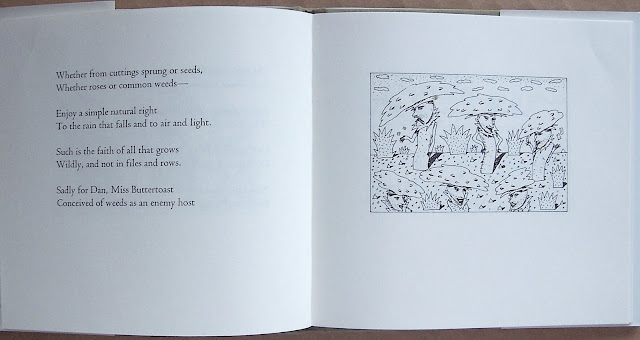 The obvious political and social implications of this relationship feel not in the least obtrusive, presented in these terms, with clever stylish cartoon illustrations.

Posted by Curtis Faville at 8:51 AM