I've noted before how under-rated aquavit is as a mixing spirit.

You hardly ever see it mentioned in books of mixology, and I guess I understand why: It has an oddly bitter initial flavor (caraway), which becomes less noticeable the more you drink it. I have the same sensation when I drink Greek retsina wines. There's an initial reaction to the unconventional undertow, then you get used to it, and actually begin to enjoy it.

Norway - Land of my Forefathers

For "white goods" gin can get a little monotonous. It's also on the sweet side, as is white rum. Vodka seems to me to possess such a weak flavor by itself, that putting other flavors with it makes its taste disappear. For me, vodka is a spirit to drink solo, without any adulterating distractions. Its subtlety makes it a connoisseur's delight, but as a mixer, I find it almost an anonymous spirit.

Chocolate and mint are natural cousins, as any candy fiend will testify. Put these together with the odd basis of aquavit, and a dash of lime to dry it out a little, and you have an intriguing combination.

Northern Exposure was a television series [1990-1995] which was set in Alaska. Hollywood has paid very little attention to Alaska and Canada over the decades, so it seemed a little goofy and unconventional to have a sit-com set up near the Arctic Circle. But the cast managed to bring it off without a hitch. It became the vehicle that propelled Barry Corbin, Janine Turner, and Rob Morrow to stardom. Turner was probably the sexiest "thinking man's" actress to appear in the 1990's. 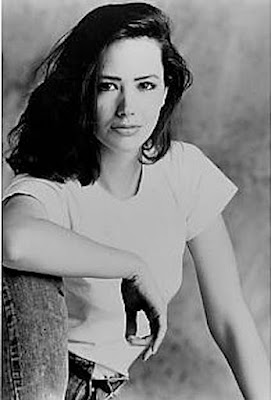 Posted by Curtis Faville at 9:44 AM