James Merrill, about whom I wrote in my last blog entry, is not a poet whom I had ever much admired. As an aspiring poet in the 1970's, I knew his books and comprehended his style. I knew vaguely that he came of privilege, and that his highly decorous, highly decorated verse seemed to be carried along on a prosperous negligence--that it belonged to a world I could never properly appreciate, having never had any direct experience of it, and unlikely ever to see it up close, first-hand.

If I couldn't imagine participating in a world accessed through leisure, wealth and social connections, then my appreciation of Merrill's work would forever have a vicarious, excluded quality, like a child who, looking with intense interest upon a toy train behind a department store window, presses his nose against the glass. Literature, though, is one door into the unknown, a medium through which other lives, other milieus, can be viewed, estimated, judged, appraised, or envied or despised. I read somewhere once that "we love all worlds we live in," a fairly pretentious homily at first glance, though the more we think about it, the more intriguing it seems. Some Victorians believed that suffering was its own kind of romantic thrall, a notion you can see in much 19th Century verse and fiction. No one would suggest that people actually can love to suffer, but making art out of suffering is an old technique, certainly not limited to those at the bottom of the social or economic scale.

Though James Merrill grew up in relative splendor and riches, with everything provided and taken care of, his was not a happy childhood. His parents neglected him, and fought with each other, and divorced when he was 11. Though brilliant, from an early age, he was effete, ineffectual and isolated emotionally. A classic case of the incipient homosexual, with an intense and conflicted relationship with his Mother, while irretrievably distanced from his domineering but distant Father. By his late 'teens, he'd been initiated into the gay alternative, and he never looked back. This choice, whether voluntary or not, was unacceptable at the time, and led to difficult accommodations throughout his life, with a long-delayed coming out. 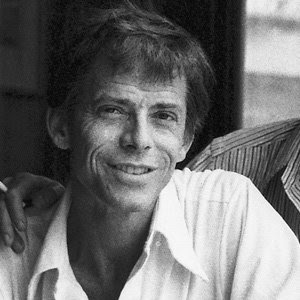 The poetry, early on, rather than becoming simply a refuge from the difficulties of a deceiving identity in the world, would become the testing and proving ground for self-examination and scrutiny,  a forum for the dialectic between the outward projected man, and the inward questioning soul. In terms of the progress of his career as a writer, the volume Water Street [New York: Atheneum, 1962] is in several ways the key transitional turning point. A short collection of only 51 pages of text, its lead poem, An Urban Convalescence, is like a declarative statement of where his future lay. Reacting indirectly to the new vogue of confessionals (aka: Robert Lowell, Sylvia Plath, Anne Sexton, Frederick Seidel) then sweeping across the literary landscape, the poem addresses a real event--the tearing down of a neighborhood building in New York--and makes what sounds like a very personal and emotional statement, unusual up to that time for Merrill, and somewhat unexpected. 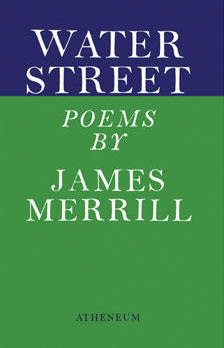 Formally, the poem isn't fussy or straight-jacketed, hinged with cleverness or artifice. It's almost conversational. Unpretentious.

Reading it now, really for the first time, I can see qualities in it that I mightn't have appreciated before. There's that terrific image of the huge crane "fumbl[ing] luxuriously in the filth of years / her jaws dribbl[ing] rubble," and "wires and pipes, snapped off at the roots, quiver." There's a sense of displacement, even disorientation that the speaker experiences with the leveling of part his familiar landscape, as if the transformation of the urban architecture had done a kind of violence to the unconscious. There's that peculiar reference to Robert Graves in The White Goddess, an ambiguous reference meant apparently to imply a clumsy deus ex machina in which the crane operator (note the pun on a classical bird) wreaks destruction as an agent of change.

The meditation turns sour as the speaker rejects the pat sarcasms of popular cant -- "the sickness of our time . . . certain phrases which to use in a poem . . . bright but facile . . . enhances, then debases, what I feel." Conflicted between the superficial disorientation of urban demolition--a shifting of the gestalt of his past--Merrill now turns against that very past--its tradition, its continuity, its smarmy models of performance and identity, and vows "to make some kind of house out of the life lived, out of the love spent." But it's the ambiguity of a love spent, as if exhausted. Though Merrill would perpetuate the empty husk of his relationship to David Jackson for the rest of his life, and would maintain roughly settled homes in Stonington, Connecticut, and in Athens, Greece, these were indeed "another destination"--of serial male relationships, primarily sexual in character, and ephemeral, and in that way love "spent" rather than permanent and "honey-slow." 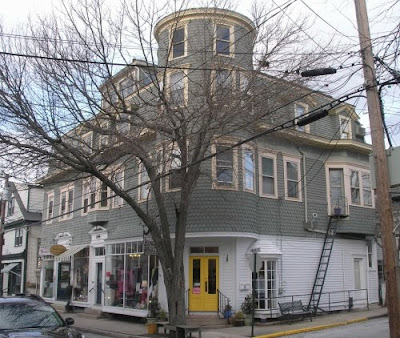 The abrupt shift from free verse to quatrains and rhyme from "indoors at last" to the end is like a retreat from the chaotic book of the world, to the private sanctuary of formal discipline, yet one in which secular confession and private desire will be reconciled in the structured context of verse.

The poem is remarkable for the frankness and casualness with which it initially expresses personal feeling, measured against the discipline of higher principles. While the second part at first feels superficially to be a kind of conviction, this falls apart at the end, as the speaker acknowledges the ambiguity of his moral position, an honesty that is unusual. At first, change is encountered numbly, and with revulsion, only to be grudgingly accepted in the end--the intervention of unwanted necessity. Hearing Merrill read this poem, later in life, with his dead-pan baritone, made it seem elegiac, and resolved, though this never happened in his life. Such declarations of principle are always provisional--as the poem admits--always subject to revision, accommodation, the small failures and retreats which constitute a life lived, out of a life spent.


Out for a walk, after a week in bed,
I find them tearing up part of my block
And, chilled through, dazed and lonely, join the dozen
In meek attitudes, watching a huge crane
Fumble luxuriously in the filth of years.
Her jaws dribble rubble. An old man
Laughs and curses in her brain,
Bringing to mind the close of The White Goddess.

As usual in New York, everything is torn down
Before you have had time to care for it.
Head bowed, at the shrine of noise, let me try to recall
What building stood here. Was there a building at all?
I have lived on this same street for a decade.

Wait. Yes. Vaguely a presence rises
Some five floors high, of shabby stone
—Or am I confusing it with another one
In another part of town, or of the world?—
And over its lintel into focus vaguely
Misted with blood (my eyes are shut)
A single garland sways, stone fruit, stone leaves,
Which years of grit had etched until it thrust
Roots down, even into the poor soil of my seeing.
When did the garland become part of me?
I ask myself, amused almost,
Then shiver once from head to toe,

Transfixed by a particular cheap engraving of garlands
Bought for a few francs long ago,
All calligraphic tendril and cross-hatched rondure,
Ten years ago, and crumpled up to stanch
Boughs dripping, whose white gestures filled a cab,
And thought of neither then nor since.
Also, to clasp them, the small, red-nailed hand
Of no one I can place. Wait. No. Her name, her features
Lie toppled underneath that year’s fashions.
The words she must have spoken, setting her face
To fluttering like a veil, I cannot hear now,
Let alone understand.

So that I am already on the stair,
As it were, of where I lived,
When the whole structure shudders at my tread
And soundlessly collapses, filling
The air with motes of stone.
Onto the still erect building next door
Are pressed levels and hues—
Pocked rose, streaked greens, brown whites. Who drained the pousse-café?
Wires and pipes, snapped off at the roots, quiver.

Well, that is what life does. I stare
A moment longer, so. And presently
The massive volume of the world
Closes again.

Upon that book I swear
To abide by what it teaches:
Gospels of ugliness and waste,
Of towering voids, of soiled gusts,
Of a shrieking to be faced
Full into, eyes astream with cold—

With cold?
All right then. With self-knowledge.

Indoors at last, the pages of Time are apt
To open, and the illustrated mayor of New York,
Given a glimpse of how and where I work,
To note yet one more house that can be scrapped.

Unwillingly I picture
My walls weathering in the general view.
It is not even as though the new
Buildings did very much for architecture.

Suppose they did. The sickness of our time requires
That these as well be blasted in their prime.
You would think the simple fact of having lasted
Threatened our cities like mysterious fires.

There are certain phrases which to use in a poem
Is like rubbing silver with quicksilver. Bright
But facile, the glamour deadens overnight.
For instance, how “the sickness of our time”

Enhances, then debases, what I feel.
At my desk I swallow in a glass of water
No longer cordial, scarcely wet, a pill
They had told me not to take until much later.

With the result that back into my imagination
The city glides, like cities seen from the air,
Mere smoke and sparkle to the passenger
Having in mind another destination

Which now is not that honey-slow descent
Of the Champs-Élysées, her hand in his,
But the dull need to make some kind of house
Out of the life lived, out of the love spent.

Posted by Curtis Faville at 8:34 AM