Since the time of Genghis Khan, even as far back as 2000 years, traditional Mongol nomads have been living with their hybrid horses, using them for everything from transportation and racing or as warhorses, to a food source. The Mongol soldier relied on his horses to provide him with food, drink, transportation, armor, shoes, ornamentation, bowstring, rope, fire, sport, music, hunting, entertainment, spiritual power, and in case of his death, a mount to ride in the afterlife. Mongol horses made excellent warhorses because of their hardiness, stamina, self-sufficiency, and ability to forage on their own. The main disadvantage of the Mongol horse as a war steed was that it was slower than some of the other breeds it faced on the battlefield. Soldiers preferred to ride lactating mares because they could use them as milk animals. In times of desperation, they would also slit a minor vein in their horse's neck and drain some blood into a cup. This they would drink either "plain" or mixed with milk or water. A Mongol warrior's horse would come at his whistle and follow him around, dog-like. Each warrior would bring a small herd of horses with him (three to five being average, but up to 20) as remounts. They alternated horses so that they always rode a fresh horse.

Eve Arnold--check out her Wiki page here--went to China in the 1970's, which is when she made this photo of a young Mongol woman training her horse to lie down. 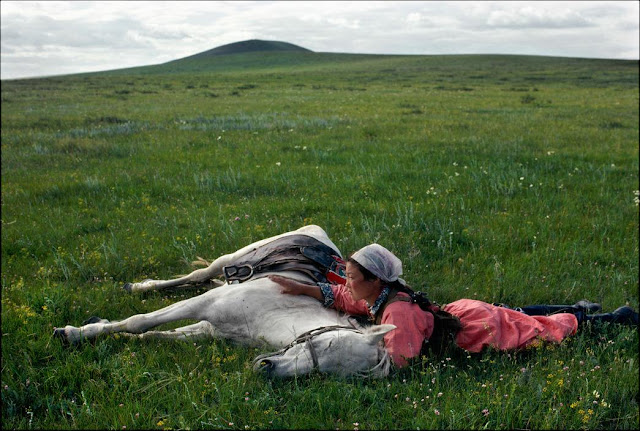 I'm not sure why I find this image so moving--probably the gentleness and devotion of the woman, patting the horse's side, perhaps comforting it or quieting it. The animal trusting, a companion. Posed against the limitless exposure of the barren landscape--endless grass-land, no cover, no concealment, no protection. The pastel pink of her outfit. Black boots. Wow.

The image suggests a culture, and a world, that has been in existence for hundreds--even thousands--of years, continuing right up into our present. Rather than embracing automobiles and televisions and computers and permanent structures, these people have held on to a way of life that still works for them. They've preserved their exotic, stubbornly old-fashioned ways because they work.

Everywhere on earth, older cultures are crumbling under the advance of technology and the "liberation" of knowledge and change. We know we're losing valuable skills and sacredness that may never be recorded or rediscovered.

Do we really want to live in a world where everyone lives the same life, with the same tools, and the same dreams and expectations?

What a dull place that will be! 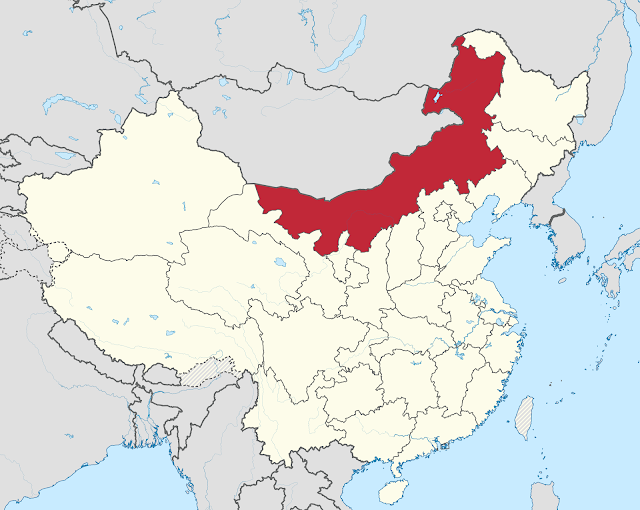 Posted by Curtis Faville at 6:30 AM