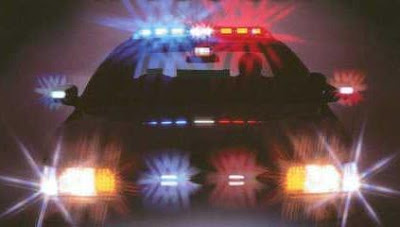 The budgetary problems at the State level in California have had, and will have, far-reaching effects on all aspects of public service, from dog-catchers all the way up to the Governor's office. The shrinking American economy is being expressed through the decline in tax revenue at federal, state and local levels, throughout the country. This isn't the fault, in California, of Proposition 13, or irresponsible legislators spending more than they should, though these problems are exacerbating an already precarious financial footing in government. The services which our prosperity funded throughout the so-called "post-War period" can no longer be supported to the degree we've come to expect. Government revenue, expressed as a percentage of our national GDP, will decline in the years ahead, and there is little will at any level of government to address the root causes of this decline.

As our public services face declining support, some will cut services, others will simply be eliminated, while others will look for ways to make up the shortfall.
As anyone who drives in our State has noticed, over the last six months, there has been a dramatic change in the way the State Highway Patrol, and local police departments have been enforcing traffic control. I don't know if there are any statistics available, yet, to measure how big this difference is, but there is no question that the word is out on our roads and highways: They've taken the gloves off and are ticketing at a furious rate. On any given day, driving down a typical suburban or urban thoroughfare, you're likely to see two squad cars tooling along on the same block, or to see someone pulled over with the Christmas lights flashing. Arrests are on a steep incline.
This is no doubt the result of a mandate across departments throughout the state that revenue is down, and whatever potential untapped sources of income there are, need to be milked to the maximum.
All this flurry of patrolling and ticketing raises the obvious question:  Where were all these officers before? Hanging out at the donut shop?
It's simply another reminder that police "protection" is all about money.
Ever tried reporting a robbery in progress, or some other "emergency" via the 911 line? What you typically get, nowadays, is "well, we can't respond right now, maybe an officer can be there in 25 minutes...there really isn't anything we can do...if you wish to file a police report, you can come down to the station." Police are just too busy to fight crime. Why? Because there's no money in it.
I've often thought that if there were no fines to accompany citations for driving infractions or parking spaces, police would never bother. And it's true: Police follow the money.
Tracking down drug dealers, responding to crimes in progress, conducting thorough investigations--these kinds of enforcement don't produce income, hence they aren't priorities to police departments.
It's no fun fighting crime. It's dangerous, hard work, and it makes officers cranky and frustrated. How much more productive and self-serving for them to pull suburban housewives over and hit them with $300 fines for driving 28 mph along a neighborhood street!
I never had illusions about the police. They're unpleasant people doing an unpleasant job, and their priorities were always about money, not safety or property.
That's never been any more obvious than now, as they hustle to make up the budget shortfalls on the backs of hapless drivers.
It's all about following the money.
Posted by Curtis Faville at 9:55 AM

I'm sorry, but while I appreciate all sharp-eyed critiques of police activities, and agree that traffic enforcement activities often stem from revenue needs (cf. "the speed-trap"),

I call bull on the claim that a call to 911 to report a "robbery in progress" typically results in an "I'm sorry" response.

I'll read any articles or studies that show that "I'm sorry" is the typical response to 911-ed serious felonies in progress, and if necessary amend my opinion, should you care to share your sources.

I have first-hand experience of failure to respond.

The point of my observation in this post is to note the sudden and precipitous increase in traffic citations, which is not in response to a problem, but an attempt to jack up revenue. Our police priorities shouldn't be about money, but about what crime needs to be addressed. Suburban speed trapping doesn't address the real problems in our communities. Drugs are. Burglary is. Vandalism is. Teen gangs are. That's for starters. Cashing in the traffic machine is an insult to citizens, and just a regressive form of taxation. Police boards need to crack down on this abuse.

I was driving home, down a narrow hilly suburban lane when I encountered two serious bicyclers riding right down the middle of the road ahead of me. I gave them a short courtesy beep and passed them on the left, and continued on to my residence. As I was parking my vehicle on my driveway, one of the bicyclists suddenly rolled up, threw his bike down on the pavement, and stalked over to my car, as I was just opening the door. He was spewing out slavic insults (broshky-droshky) in a loud voice mixed with broken English "YOU NOT DO THAT TO BIKER, AGAIN, MISTER!" and he slams the open door against me. I push the door open, and try to stand, and he pushes me back down into the seat. I grab my cell phone and tell him I'm calling the cops--he backs off a bit, I stand up and walk towards him, and he raises his fists, ready for all out combat. I say again, "you better get out of here" and also yell--to anyone who may be in the vicinity--"someone call the bloody police, please!" He finally gets the message, rushes over to his bike, and makes a quick getaway. I reach the 911 operator who takes the info, tells me to "calm down"--I say, "well, if you can't have someone here pronto, there won't be any point in responding." Twenty minutes later, an officer drives up, and says "okay, where's the guy?" After describing the incident, he asks me "if I catch him, would you press charges?"

This kind of idiocy needs to stop. If he was patrolling in the area, there's no reason he couldn't have gotten to me within 2 minutes. Kensington is a small community, and a policeman would never have an excuse for being more than a half-mile away from any call, for any reason, except in a major emergency like an earthquake or explosion.

Police protection has become a joke. You can "hire" cops to do special patrols, or surveillances, but when you really need them, they're too busy, or stretched too thin. Bullshit! It's an excuse.

Police now have to make their salaries in fines. It's just the way it is.

Still, if you're speeding you do deserve to be pulled over. And if you're drunk, you should have your license taken, and spend a year in jail.

I know police officers and they tell me that they have to make their salary in fines. It's how it's done now.

Fortunately, there are always plenty of speeders for the vigilant officer to pluck.

Certainly, 85% or more of all local traffic fines serve no useful purpose.

Highway Patrol is--or should be--more focused on highway safety, but as everyone knows, they aren't. Speeding and unsafe driving habits are the rule on our roads, not the exception. I've watched time and again as scofflaws drive insanely, right in front of highway patrol cars, while drivers in the right-hand lane, minding their own business and driving the speed limit, are pulled over and hassled. This makes no sense. And they ignore drivers along the shoulders whose cars are in distress. No money in helping people--let'em wait!

Police now are chasing down easy prey to line their pockets, instead of fighting crime. It's corruption.
And corruption damages not just those who are victimized by it, but the perpetrators as well. If police are so cynical that handing out fines is their only function, we're all basically "on our own"--which I've felt was the case for some time.

If I had any children today, I'd advise them to avoid the police--they're not to be trusted. They've become just another "legalized" form of crime, ripping people off with impunity.

It's the police now who have a larger and wiser perspective.

Kirby, my post wasn't about the Gates affair, but it's pretty clear from the accounts that:

A) Gates deliberately chose to play the race-card where it probably wasn't really at issue.

B) The arresting officer deliberately provoked Gates--after he'd verified who the man was--in an attempt to "get even" for being dissed in public.

Gates's sin is not punishable under law, whereas the cop's behavior should be dealt with administratively, probably with a six-month suspension without pay. If I were the captain in that department, arresting innocent people in their own homes wouldn't be tolerated.

No, Crowley's fellow officers (even ones of color) stand by him. Gates libelled Crowley when he labelled him a racist, and should probably be sued, as should the president.

And here your fellow Californian has weighed in on the debacle (Victor Hanson Davis):

Btw, do you know the work of Victor Hanson Davis? He's from a family of farmers located down in the valleys near Mexico. He's sick of illegal immigration. He's a Classics scholar with about ten books behind him. I think part of your mind would get along with his, especially where you are against illegal immigration.

He thinks it's all about land, and looks back to the Greek hoplite soldiers of Athens and Sparta, and uses them as examples of civic virtue which is responsive to its own city-state.

I think he's now at the UC-Davis, but am not certain.

I love to read his work, although it's quite triumphalist in its military imagination. He loved the Battle of Midway and how we turned the tables on the Japanese with sheer will, and the independence of the individual fliers who decided when and where to divebomb the Japanese fleet, destroying their aircraft carriers in surprise raids which turned the war in the Pacific.

If you haven't read his work, I think you'd be surprised at how you agree with much of what he's writing.