The Marquis of the Aranjuez Gardens

Joaquin Rodrigo [1901-1999], is undoubtedly Spain's most famous composer, the author of the justly renowned Concierto de Aranjuez for guitar and orchestra, as well as a full catalogue of works for guitar, piano, flute, harp, cello, in addition to other orchestral works.
Blinded by illness at the age of three, Rodrigo was musically precocious, excelling in composition, and composing works through the facility of braille transcriptions. He studied for several years in Paris, under Paul Dukas, and met his Turkish wife there. Rodrigo's early compositions show the influence of Medieval and early Renaissance court musical themes and techniques, though his orchestration and musical language also show very smart applications of Modernist concision and daring. 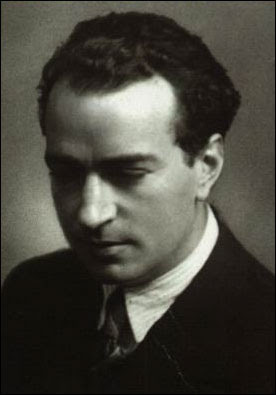 The piece which made him famous, and which is the basis of his world-wide fame, is the three-movement Aranjuez concerto for guitar and orchestra. Though ostensibly a celebration of the gardens at Aranjuez, the actual inspiration for the work, according to the composer and his wife, was the miscarriage of their first child, the somber central movement a dramatic mournful elegy. As an evocation of Spanish culture and landscape, the concerto is similar in feeling and approach to Falla's Nights in the Gardens of Spain, as well as to later compositions such as Ponce's Concierto del Sur (also for guitar and orchestra), and certain "exotic" pieces by Villa-Lobos. It's been enormously influential in his own country, though its actual effect on musical culture outside the Iberian Peninsula has been naturally limited, though undoubtedly contributing to the renaissance of interest in the Spanish guitar as medium for composition, and as a concert instrument.
The Concierto was a regular favorite in the household in which I grew up, my Mother having discovered it I suppose by hearing it first on the radio in the early 1950's. Our recording featured Renata Tarrago [1927-2005], an important guitarist of the post-war period in Spain. Later, I appreciated versions by Julian Bream, and Pepe Romero, among others.
When I was an undergraduate at Berkeley in the 1960's, I visited Joaquin Nin-Culmell in his office in the music department. Nin-Culmell was the brother of Anais Nin. As children, they lived for a time in New York City, then moved to Europe in their adolescence, where Joaquin studied classical music in Paris. Nin-Culmell had known all of the Spanish composers of his time, including Falla and Rodrigo. When he died, his incredible collection of sheet music was broken up and sold, and I was able to purchase some of it. When I saw him, he graciously gave me the addresses for several of my favorite (still living) Spanish composers, to whom I wrote to inquire about obtaining their sheet music. "Spain is a very poor country," Nin-Culmell explained, "and it's difficult to get Spanish sheet music if you're not there." Nevertheless, I wrote to several names, and received sweet replies, all in Spanish. Nin-Culmell translated them for me. I was not a music major, but often used the practice rooms in the music department (since I had no piano of my own at that time). Nin-Culmell also recommended several keyboard pieces that I didn't yet know about, including Six Sonata de Castilla con toccata a modo de pregon. 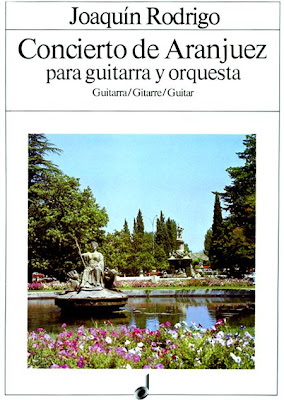 Though Rodrigo was the most famous Spanish composer of the 20th Century, his music is really quite retro in its basic inspiration. Musically, Spain had been a provincial outland of serious European classical music. Unable to support large musical ensembles, it had no ongoing traditions of symphonic, operatic,  or chamber music as had France, Germany, Italy and England, until the 20th Century, when nationalist and nativist movements on the Peninsula led to a search for a musical identity, leading inevitably to an interest in peasant, liturgy, and dance elements, which had defined its national character. Court, flamenco and regional folk elements are more important to classical Spanish composers, in a way that is quite apart from other European traditions.
Rodrigo, following in the footsteps of Albeniz, Granados and Falla, attempted to raise the standard of quality and seriousness in Spanish expression. Prior to the late 19th Century, keyboard music in Spain had been on the decline since the days of Antonio Soler [1729-1783], compared to the guitar--clearly, Spain's national instrument, if it could be said to have one--and it had to wait for Albeniz and Granados to revive it. Nonetheless, the guitar, both as a medium and a stylistic inspiration--has continued to be an inspiration, not just in Spain, but throughout the world. The notion of pairing a single guitar against a full orchestra had been tried on a small scale during the late Renaissance in Italy, but its fullest expression didn't occur until Rodrigo re-"invented" it in 1939 (Concierto de Aranjuez), later adding Fantasia para un Gentilhombre (Fantasia for a Gentleman), for guitar and orchestra [1955] and Concierto Andaluz, for four guitars and orchestra [1967], and Concierto Madrigal, for two guitars and orchestra [1969].
It remains to be seen whether or not the Spanish guitar, as a concert instrument, can continue to inspire innovative compositions in the classical mode. There are a number of branch descendants (of the Spanish guitar) in the 20th Century (both in construction and type of musical application), but the classical mode of composition may present too many historical associations, which tend to overwhelm our sense of what kinds of music the instrument can handle. Rodrigo showed how classical orchestral elements could be arranged along a clear axis against the folk guitar tradition, evoking an at times stern, dignified quality against the romantic, nostalgic deep song of Andalusia--a combination that proved irresistible.
My instrument as a child growing up was the piano. It was clear from an early age that I did not possess much skill as a performer, but in my late adolescence I became interested in playing classical pieces, and--many years later, in 1985, when I spent a year in Japan, I acquired a beautiful Kawai red-lacquered upiano, and began, for the first time, to compose--something I had always thought an impossibility, given that I had never studied counterpoint or musical notation. The fact is, though, that anyone who can read and play from written music, can compose, with the simplest of means. Like many devotees of guitar music, I dreamed of playing my favorite pieces on the guitar. To this end, I acquired an elegant new Spanish guitar, and tried working my way through some instruction. But I quickly discovered that what manual skills I'd acquired in my piano work, were of little help with the guitar, and soon abandoned this fantasy. Nonetheless, I've continued to compose for the instrument. Perhaps someday I will arrange to have some of them played. I try to compose a few bars of music every day--jazz, classical, blues, or occasionally for Spanish guitar--I've found it much easier to knock out a few fragments of music than to write poetry, which seems to get more and more difficult as I grow older. As a youth in my twenties, I could write pages and pages--it just flowed out of me--but now every time I start a piece, I think I can see exactly where it's going, and get frustrated quickly and abandon most attempts. Perhaps it has something to do with the freedom I feel when composing, since I have no reasonable expectation that it will ever be heard by anyone but myself, and I have no pretensions in that direction--perhaps it liberates me. Nowadays, I seem to write my best lines in the sort of half-sleep consciousness before I'm fully awake--there's an access to the subconscious that quickly dissipates when I'm fully alert.
Rodrigo composed a number of pieces for both solo piano and solo guitar, and in my opinion he succeeded admirably with both. Inasmuch as he was blind, it's interesting to me how "pianistic" and "guitaristic" his pieces for each instrument are. This quality--the ease of the hand to certain combinations and fingerings--seems to come almost instinctively to some composers, while others don't have it.  Brahms, for instance, is notoriously difficult to play, not only because of the stretches, but the leaps and coordinated combinations he makes. I can't speak with equal authority about the guitar, but I assume the same phenomena apply to it as well.
There's a new guitar duo--Rodrigo y Gabriela--Mexicans who for some odd reason relocated to Dublin, Ireland. They're breaking new ground in the use of acoustic guitars, playing fast and furiously in a manner that derives from traditional Spanish dance forms.
Sometimes a composer--or a performer--will become too much associated with a single piece, to a degree that it becomes burdensome. This is certainly true of Rodrigo and his Aranjuez concerto, for which King Juan Carlos raised him to the nobility under the title Marques de los Jardines de Aranjuez. He died in 1999 at the age of 97. I've heard nearly all his works, with the exception of a handful of songs, which have not been recorded, so far as I know. I once dreamed of traveling to Spain, and tracking down all my favorite Spanish composers--such nonsense!
Posted by Curtis Faville at 12:59 PM

Interesting post - i must investigate more. I love rodrigo y gabriella, thanks.