China vs. The Google Monster

The much publicized "dispute" between the online search engine Google and the government of China is something hardly anyone could have foreseen, or predicted, as recently as 20 years ago. During much of the post-War, "Cold War" period, America and the Soviet Union relentlessly attempted to out-image each other, in an attempt to influence world opinion, in a classic propaganda tug-of-war. Radio Free Europe, a media organization begun in 1949, and funded by American Conservative interests (which still exists!), was intended to penetrate the "Iron Curtain" of the Soviet Union and its "satellites" with alternative views of events in competition with the "official" state news emanating from Moscow.
Radio Free Europe had little effect on the Soviet Union, though the battle of the super states was "won" by America, when the Soviet Union finally capitulated in a break-up of its allied republics in 1991. This occurred largely because of economic factors within the Soviet Bloc, though America's military-industrial build-up during the Reagan years, is thought by some to have pushed it over the edge. 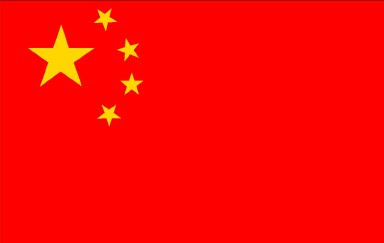 History takes strange turns. Who would have thought that China, once the most regressive of totalitarian regimes (remember the days of Mao's "Cultural Revolution"?), now leads the world in economic growth and power, having adopted the capitalist model of production (if not its accompanying parliamentarian style of governance).
With the coming of the internet, the movement of information around the globe has become a tsunami, with rapid, unfettered communication amongst people of all nations taking place at unimaginable speed and efficiency. Though this has its dark side (Arab terrorist networks apparently exist and connect by dint of electronic devices), it clearly has facilitated the "information age" in which data, opinion and transactions move freely across borders, jurisdictions and time-zones.
In an attempt by China's "old guard" leadership to preserve its grip on its populace and institutions, censorship and persecution has been utilized to prevent people from seeing "subversive" content which might threaten its authority and dominance. "Firewalls" have been set up by the Chinese information agency through state-controlled ISP's to prevent Chinese citizens to access sites and debate regarding, for instance, the Tiananmen Square protests of 1989, which is widely available on the internet outside China.
In new developments, China was suspected of orchestrating "sophisticated" cyber attacks on Western internet systems (such as Google), in what has been interpreted as a campaign to obtain operating data, and protected information about users (e.g., Chinese human rights activists).
Meanwhile, forces and interests in the United States have been struggling to effect outcomes favorable to their constituencies. Economic and trade arrangements (the U.S. is China's biggest customer for goods, and China holds the lion's share of America's deficit bonds) may be threatened. The Obama Administration has reportedly sought to influence the Google Corporation to take a stand on freedom of information by insisting on an end to China's organized state censorship of the Web. If Google were to abandon the huge internet market in China (purportedly to number over 300 million users), as it has threatened to do, that share would then belong to competitors like Baidu.com.
The internet is now widely regarded as the "Trojan Horse" of Western Capitalism inside China, forcing open doors long closed to foreigners. Ironically, China has managed to adopt Western economic practices, without being persuaded or coerced into transforming its political institutions. It's a hybrid new regime, neither Communist nor Democratic, retaining some of the most egregious forms of totalitarian oppression, while economically leveraging its opponents.
What is the most favorable outcome? If China were to adopt a quasi-parliamentary form of government, would this further encourage Chinese economic expansion, and facilitate its suspected possible military and geographical influence in Asia? Would it, in effect, put paid to a Chinese post-Cold War triumph over Western power? Could the World Wide Web--led by Google, the chief internet presence right now in the world--become the means by which America's 100 year dominance in world power (Gore Vidal's "American Empire") was finally ended?
Posted by Curtis Faville at 7:45 AM

most computers and the chips there-in are Made in China!

I wonder what/that most assuredly EVERY COMPUTER/chip hwere in them lap-tops, Apples, Gateways, Big Macs got hidden spy/control "stuff"

they hacked into the Pentagon a wile back

between China and India (..)

is your blog available in China?

Interesting overview of the Chinese enigma.I just wonder why it is you think it's wrong for a country, with its own great cultural, historical and artistic heritage, can't try to stop American-style 'capitalist' infiltration at its borders (as an avowed Communist state has every right to do) while Google, Bill Gates et. al can virtually monopolize the flow of egoods & services worldwide.

A bit of national chauvinism, eh?

Interesting comment, Conrad, and one I have some sympathy with.

On the one hand, I believe that the U.S. should be a bit more isolationist in its dealings with foreign countries. I don't (never did, actually) believe we had a preemptive "right" to invade Iraq or Afghanistan, as awful as things may have been in those nations. No matter what the pretexts for such adventures, they inevitably turn out badly.

But the "invasion" or whatever wants to call it, of China by the "internet" is a peaceful one, not a military one. Could (should) a government try to control what kinds of speech or imagery are available to its people? Certainly one could make a case that the majority of literate people in China do indeed wish to have this access, even if they believe in some kind of censorship (restriction).

On the other hand, China has risen to a position of power in the world, a power which they show every indication of using selfishly, and ruthlessly, to further their aims (and no one else's). This will have the effect of moderating, if not actually, depressing our own economic, diplomatic and possibly even military influence and standing in the world. World economic trade is a zero sum game: What China "takes" from other countries in the world, will be keenly FELT here, indeed it already has been deeply felt, just as the industrial energies of Japan, Korea, and India have been--as the loss of employment, disposable tax revenue, along with the growing degradation of our infrastructure--expressed as a loss of value in every sector. IOW, the prosperity that seemed to be America's privilege in the post-War period, is now a memory, and promises to get worse.

The chief irony of the information age may indeed be that it didn't result in any lasting benefit to America, but ended up benefitting foreigners.

It isn't "my" position that capitalism should or should not triumph in China, just that it's curious that history should unfold in this way. I am not a naive believer in capital manipulation or exploitation. I do believe, however, that it is the duty of our government to look out for our interests, and attempt to maximize the economic and political benefit of its citizens, and NOT pursue policies that controvert those (our) interests. Should the U.S. become a "client" state of China? Could that in any way be seen as a benefit to American interests, here or abroad?

I believe in a selfish government--one that looks out for its own. That's certainly what China thinks it is doing. Does anyone think that our government cares as much about our welfare?

China has every right to control and/or limit corporate power (and Google defines corporate power), but they don't have a right to block access to the Net or censor news, political discussion or entertainment. Some entertainment/media issues might be a bit problematic (ie, say gambling, or porn---and there are arguments one could make in favor of censorship/controls on porn imagery). Others, like say being able to post on political blogs should be non-negotiable. Alas China has a poor record on human rights' issues, and has imprisoned thousands of citizens for intellectual-ideological crime (see AC Grayling's writing on this issue). The chinese govt. may have embraced some forms of capitalism (not necessarily a good thing), but it is still officially a communist state.

It's probably a publicity stunt, however, by Google execs: hey we're the freedom fighters, yada yada. That's as much BS as maoist hardliners censoring Net access.

It's my view that if Google chooses not to enter into wars of the worlds with China now -- the model of those Japanese supermonster sci fi flicks comes to mind -- it's because it is biding its time.

China may have the numbers, but Google has the light portability and swift-strike capacity China lacks. A few bots can do the work of billions, with less sweat and a lot quicker.

In this race to Oblivion I see the US as an also-ran.

Not that I harbour any great love for Google. But there has been the unavoidable recognition that currently they own my soul, what shreds are left of it. (I could die tomorrow, and 800 people a day, most of whom don't speak English, would go on gobbling up p.d. images I have searched out and posted. Were China to admit Google, that number would triple or quadruple in one minute.)

And unlike the Devil's bargaining tactics, Google gets whatever it wants absolutely free of charge.

Not forgetting that this discussion is being powered by... guess who?