Watten and Prose - In a New Key 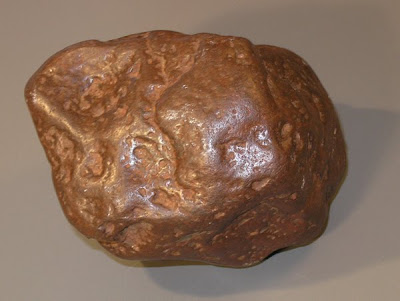 outline of Watten's critical views (and methodology)for those of us unfamiliar with his writings is very interesting. I'm tempted to check out the "Grand Piano" project.

But you've made some rather puzzling statements along the way. I'll single out only this one:

"It has been suggested that works such as Adorno's Negative Dialectics, or Wittgenstein's On Certainty or Remarks On Colour are in fact--in every sense in which post-Modern, post-Structuralist theory could devise--themselves poem-works, since what they essay is the penetration of areas of inquiry or research which once were thought to belong to the realm of aesthetics or rhetoric."

Adorno's "Negative Dialectics" a poem-work? In what sense a poem-work? I can see some anticipations in his social theory work (in "Dialectic of Enlightenment") with Walter Benjamin of the postmodernist theory of "spectacle" and "simuulacra" (particularly in Benjamin's critique of commoditized object as having lost its "aura"). When I read the above I immediately pulled it from my shelf.I thought Adorno was really trying to clear up some badly used philosophical terminology, such as "concept", "reconciliation", "mimesis" and (more controversially) "guilt", with a view to making theory more conformable to contemporary human experience.

His aim, unless I'm mistakened, was to break the strangehold of the hypostatized "concept" on the world of particulars.To change (or revolutionize) the nature of consciousness altogether as a consequence of rethinking the subject-object nexus.His dialectics is negative in the sense of this radical delimiting of the traditional (perhaps Kantian)notion of conceptual understanding.I don't think it's the areas of aesthetics or rhetoric from which he wants his critical apparatus to distance itself.

I suggest, rather, that you look at Adorno's essay "Lyric Poetry and Society" where he espouses a sociology of art along the lines you've suggested: meaning a comprehensive appreciation of lyrical poetry as gathered from an analysis the individual experiences they chronicle. Here is a vision of art as social critique, a particular application of the principles of social theory he establishes in "Negative Dialectics". Adorno's last work, which he didn't live to revise fully, is entitled "Aesthetic Theory" where he developed the thesis of art as a social project freed from the constraints of a reified logic.

At issue here is a host of questions, none of which could be covered in even a series of dense blogs.

I was just taking the opportunity--occasioned by Watten's reference to his lecture, and the online responses to it--to make a few stray points about his career, and how it feeds into the essay he references.

I once knew Watten very well. Certain of the things he's tried to do recently strike me as both aesthetically, and personally dishonest. He's a brilliant man, a brilliant writer, who I think got sidetracked into this "cultural criticism" cul-de-sac, instead of practicing poetry. Wasn't becoming a poet the point? Well, he's now saying that criticism and poetry go together, are perhaps the same thing. Someone (not Watten) actually said they thought Adorno's and Wittgenstein's work were "poems"--but Watten is basically saying something very similar here, that poetics and poetry are somehow interchangeable, perhaps even the same thing.

I know Adorno's work--not all of it, but much of it. Negative Dialectics is a masterpiece. I marvel at his intelligence--it's an extension of Marx into intellectual spheres I would have thought couldn't be claimed, but he did it!

What's the photo at the top of the post? I didn't read any reference to it in your post?

That's Watten's fetish rock, which he found in the Sierra Nevada foothills.

He's written about it in a couple of places--it's a metaphysical object for him. I think it's volcanic.

In a note I wrote for L=A=N=G=U=A=G=E newsletter #12 in 1980, I cited Lacan's proposition about the dissociation of the sign from signifier "The father...gives him a personality by means of a Speech which is Law...The subject remains riveted to the imaginary, which is taken for real, to non-distinction between signifier and signified...The cause of this incapacity to distinguish between signifier and signified is the absence of an original substitute for self, itself due to an unfavourable outcome of the Oedipus." [Jackques Lacan, by Anika Lemaire, 1970, English version 1977, Routledge & Kegan Paul.]

Sir Faville, a PoMo? Wow. Lacan was one strange cat--tying together Saussure to Freud, more or less. Lacan's system is not really philosophy, but anti-philosophy (then Freudianism itself a species of anti-rationalism, for the most part). And wasn't he palsies with the surrealists as well? So Lacan's system could conceivably be some grand surrealist farce, Operation Mindf**k as the freaks said back in the day. I don't really care for it (and rumors are Jacques L was pretty comfy during Vichy days, even a sometimes correspondent with ...Herr Heidegger).

And little or no empirical confirmation exists for Lacanian concepts, the Mirror stage, etc. His readings of linguistics ("semiotics") have also been mostly replaced, by both the behaviorist-cog sci types and Chomskyites.


The Frankfurt school's another matter. Marxism has a certain empirical plausibility (many hipsters forget Marx actually follows from British empiricism as much as he did from Hegel) but also rife with grand assumptions: like the dialectic, and class struggle itself--and the basic claim that exploitation can be somehow quantified.

Though, really, I for one prefer orthodox marxism, even the errors, to psychoanalysis or PoMO obscurantism (won't mention their names). One can at least argue with a more rational marxist (or could, at times).

Ive read some of Adorno--mostly Culture industry. His Hegel stuff didn't impress too much (then I consider Hegel a bastard child of Kant and like spinoza via the Greeks--Herr Hegel's unique brand of anti-rationalism was probably more to blame for 20th century catastrophes than Marxy Marx hisself. And Nietzsche had a hand.....)

I find it amusing when some PoMo insists that Marxism and say Heideggerian "existenz" philosophastry can co-exist. Not bloody likely. The PoMo's occasional allusions to Kant may have done some good, though they usually overlook Kantian rationalism--. (Gramsci gave his blessing to Kant at one point...) Kant's Critique does still offer a middle ground between the reductionist /positivist/Darwinian types, and marxism/psychoanalysis, that is, if one buys the synthetic a priori. Not that it will do much good....

These are separate questions, but I think interesting parallels could be drawn between Lacan's application of Freud, and the post-Structuralist aspects of Watten's biography (and aesthetic choices). No one will ever do it, but it would explain some things, I believe.

The Language Poets have gotten very big for their britches. Will anyone who understands where they actually came from ever take them on? Probably not. They'll just be ignored.

The later, near-death Freud of Civ. and its Discontents wrote a few interesting things, more akin to social psychology than his earlier psychoanalysis (tho' basically along the lines of...humans are violent, sex-crazed animals! wow). Lacan and the Zizek comrades followed the early Freud, which is mostly dream analysis, ego/id stuff, repression, regression, et al....mostly quackery, I believe. Dangerous quackery, much beloved by bureaucrats of left and right.

Kesey knew the score on clinical psychology (and statist apparatchiks, really). There may be something to psychology (one hopes), but if Zizek's it....well...when I hear the word Zizek I reach for my revolver...


Wittgenstein may offer another route but Phil. Investigations quite a bizarre collection of proverbs as well. I could understand a poetical drawing inspiration from St. Ludwig, but not sure I would recommend it as...... a Weltanschauung. Still the old empirical relativism in ways...though he did convert to papacy-ism.