Larry Eigner's poetry often deals with the daily routines of living, the sights and sounds of ordinary experience, in a neighborhood, a house, in meditative reclusion. But he also spends a lot of "poetic" time imagining places and events. He learned how to launch himself mentally into space and project all kinds of amazing perspectives.
In any given poem, you may find Larry zooming over a city, snaking up a brick wall, talking to a fetus, or hanging upside down from the ceiling. This sense of delight and fun in imaginative "what if's"--the playfulness of one who continued to have access to the unfettered spheres of childhood fantasy--is one of the great excitements of his work. In some interesting ways, Larry managed to stay young, to preserve his sense of play, and to summon fantastic manipulated contexts and structures, which most of us only experience rarely, or in dream-states. 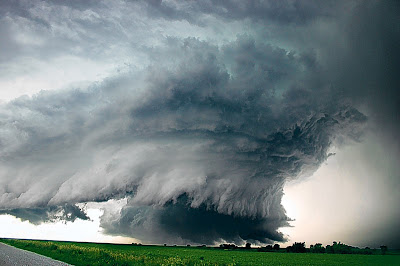 When I was editing the chapbook My God / The Proverbial [Berkeley, 1975], Larry was sending me poems for consideration, and this one caught my attention immediately:
August 21 70   # 4 2 7
You ride for some hours
stalagmites
clouds    cities
[presented here in distributed (proportional) kerning (non-equivalent) Georgia typeface].
Larry was never, naturally, able to drive a car, so for him, being a passenger was a perpetual fact of transportation. As children, we're freer to pay attention to the sights and events passing by, than we are as adults. I can distinctly recall, as a boy, being amazed at the phenomena of the world as my Stepfather drove us places. When I grew up and began to drive myself, I lost much of this sense. Once you begin navigating, that part of you which once saw the passing world goes dormant--you tend to see more as a navigator than as an observer. But Larry's apprehension of traveling in a car became, if anything, more imaginative as he grew older. Trips out were adventures, opportunities to let his imagination flow; returning from an outing, he would hold ideas and phrases, even whole poems, in his mind, until he could get them transcribed onto the paper. Travel was an exciting business for him. Movement through space was analogous, for Larry, to the spatial freedom of his poetic persona on the page. Flights of fancy mirrored imaginative movements in his poems. 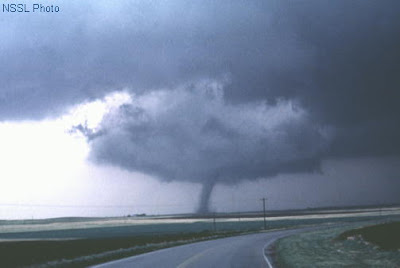 The poem I've quoted suggests several things. My first impression when I read it was that Larry was imagining seeing a tornado while driving on the highway. He must certainly have seen movies or pictures of tornadoes, and the quality of stretched out time--flat and featureless--which long drives cause us to experience, probably suggested such a vision. From there to "cloud / cities" is just another quick leap of mind.
Stalagmites, of course, are those weird concretions in caves which are created when water laden with lime accretes over time, building from the bottom up, or from the top down (creating stalactites). Reading this very short poem--as short, really, as a haiku--there is a sense of meditative calm ("You ride for some hours") and without any prompting or addition, you simply conjure (or pretend to see) these strange shapes in the clouds, fantasizing stalactite structures, or tornedoes, or cloud cities floating as a prospect in the distance. 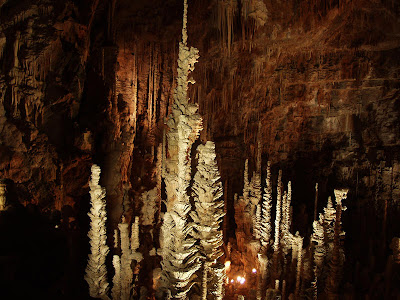 As is often the case with Larry's work, there's no rhetorical build-up or annunciation; such strategic employments are not an integral part of his repertory. Miraculous events and transformations are usually merely described through opposition, proximity or surprise--simile and metaphor occur gratuitously, rather than being openly set forth. This relaxes the poems, allows the reader to experience the sequential occurrences within the continuum of perceptual flow. In this case, Larry doesn't have to say "I was riding in a car, just calmly watching as the miles flew by, when I saw a fascinating cloud to the West, which changed into a magical city, a city on stilts!" You can imagine how Poe or Frank Baum or Fritz Leiber would do it, but Larry's poetic mode is a kind of mental short-hand for all the elaborate ways in which one might think to describe such an experience. 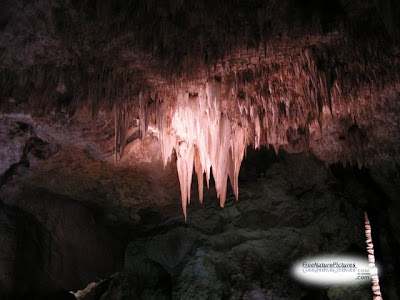 There's something passive about it, too. This passivity is one of the hallmarks of his style, the way things happen to him, happen to his mind, so that the volitional side of his brain, the side that's making things, making words and poems happen, in space, on the page, is simply a recording device, patient, open to suggestion, the way people are said to be when going under hypnosis. In Larry's case, the passive side of his consciousness often seems to be on the ascendancy, while the active, expressive side of his mind is merely absorbing, watching, rather in the way a scientist might do, watching an experiment unfold. I've always thought this ability, or facility, or faculty, of being able to observe, without interference, is one of the great advantages of the rational mind. Some people possess this meditative, observational calm more than others. Larry acquired this facility as a boy, spending long hours of quiet on the porch of his parents' house in Swampscott. This is the same situational condition within which the passenger poem above occurs--passivity and perfect attention to both inner and outer states of consciousness. 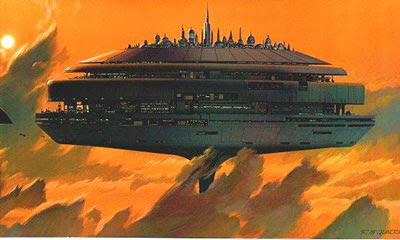 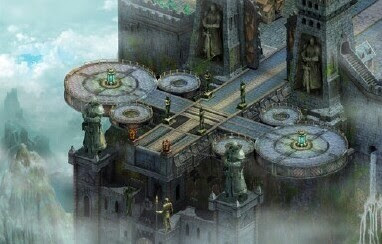 Sometimes just accurately reporting what you see, what you dream, is enough. Is more than enough. Is incredible. 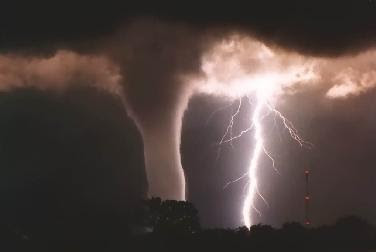 Posted by Curtis Faville at 7:55 AM

You can easily via Blogger publish this poem (or anything else) in Courier (and without distrubing the rest of the post). Give it a try; it makes Eigner's poems look good on the screen.

And of course I'd love to see the manuscript he sent you on this one, to see where he typed it on the page.

As to the poem itself, the word "stalagmites" is for me difficult to correalte with things (clouds) seen in the sky. Your illustrations prove the point: unless he saw some kind of funnel cloud, it doesn't really fit, visually, and he was unlikely to see funnel clouds in Massachusetts.

I "read" the image as referring to things Eigner while in a moving care saw but did not see entirely, because of the limitations of what's seen in an enclosed vehicle. Especially in the back, but anywhere, the tops of the things can't be seen. Things can be seen as objects that grow from the ground up.

In this reading, "cities" actually are what he says -- no metaphor), and clouds are clouds. You really think Eigner would use two metaphors, then the word ("clouds") for what he actually saw? Seems unlikely to me. Can you point to another poem where he did that?

He saw things that looked like stalagmites, he saw cities, he saw clouds.

For more on Eigner describing his travels, see also his report (published in the Roof Press edition of his prose) about getting thrown out the back of the van in Berkeley, busting his ribs.

Seeing LE as a poet of accurate observation, helpful.

(By the way, though there may have been some confusion on this score, as you know, Curtis, this is not actually the first Larry poem to have been posted.)

Possibly you, the riders, as stalagmites?

I hope the “confusion” TC refers to isn’t taking aim at my comment, which suggests that not much has been written about Eigner’s actual poems.

TC true enough has posted an actual Eigner poem, on his blog.

However, I’m talking about posts ABOUT the poetry. I salute Curtis here for actually getting into a poem, writing out ideas on it.

I'm not sure what Tom is referring to, but I did post on a poem of Larry's way back on April 27, 2009. Tom, of course, has posted a poem of Larry's--and may have done others (I'm not sure). In any case, like you, Bob and I hope many others will now be moved to discuss Larry's work, which received scant serious attention during his life, but which certainly merits study and wide appreciation. The fact that Larry's work may have seemed "less serious" than the mountains of academic twaddle that was published during the five decades of his career, may have had something to do with that. But this is a new day.