One of my favorite composers is the Frenchman Darius Milhaud [1892-1974]. Had I been a serious student of music, I would certainly have discovered that he was still at Mills College (Milhaud taught there between 1947 to 1971). But I was an English major (sigh) and didn't pursue this other side of my interests. I took piano lessons for a while as a child, then gave it up in frustration; but then, in my teens, I resumed on my own, struggling to play boogie-woogie, stride and jazz, eventually moving on to favorite classical keyboard pieces. Among which were those by the French Modernists, beginning with Chabrier and Debussy, and then Satie, Milhaud, Poulenc, Severac, Ibert, Faure, Ravel, etc. 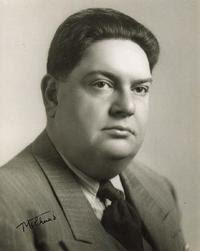 Like most classical enthusiasts, I became familiar with Milhaud's warhorses, the Creation du Monde, Le Boeuf Sur Le Toit, his Four Seasons, and so on. One could hardly not notice how bright, charming, and clever his mind was, his innovative orchestrations, his audacious combinations, and rapid modulations--all thoroughly modern and cosmopolitan! But the piece (or collection of pieces) that caught my attention was his Saudades do Brazil [1921], a suite of twelve pieces (dance numbers, in essence) originally composed for piano, and later orchestrated by the Composer. Milhaud had taken the rare opportunity offered by Paul Claudel (a French diplomat and poet [1868-1955]) to go to Rio de Janeiro, to be Claudel's diplomatic secretary at the French Consular Mission, a post that lasted two years. Milhaud's Saudades are a paean to, and an appropriation of Brazilian rhythms and melodic style, to modernist techniques (in particular, poly-tonality--which had been and would continue to be a signature aspect of Milhaud's compositions). 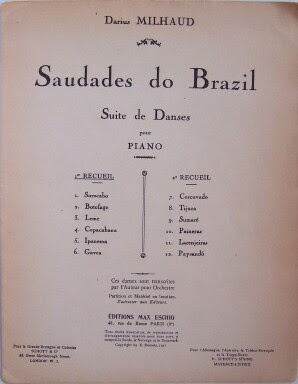 Saudade is a Portuguese word with interesting meanings. Wikipedia has a whole article on it here, and it roughly translates as "the love that remains"--a recollection of feelings, experiences, places or events that once brought excitement, pleasure, which now triggers the senses and makes one live again. This nostalgic longing I take to signify Milhaud's sweet memories of Rio at the beginning of the outset of the Modern Age, his love of the lyrical charm of native Brazilian musical culture (familiar to those who know the work, for instance, of Villa-Lobos), a zesty, throbbing, energetic contrapuntal style. In the painting shown below [Saudade (1899), by Almeida Junior], a young woman laments an absent lover, reading perhaps, a letter from him.
When the world was smaller--before the advance of transportation, commercial aviation and rapid communication--exotic fantasy and fascination with the faraway and unfamiliar was a major preoccupation, not just of the leisured classes, but of all levels of society. Stories about foreign places and the intriguing exploits of adventurers, exploration, souvenirs of difference, and examples of other, non-Western forms of literature and musical culture captured people's imaginations. As they still do today, but it's not quite the same. In 1920, a genuine original Brazilian dance ["Gavea" #6 of the Saudades do Brazil] inspired by the Bohemian quarter of Rio, must have seemed as exotic as a meterorite to Western audiences. Its sunny, suave, sexy, audacious syncopations sound as fresh and uncompromising (and sophisticated), today, as they were when they were written almost a century ago. 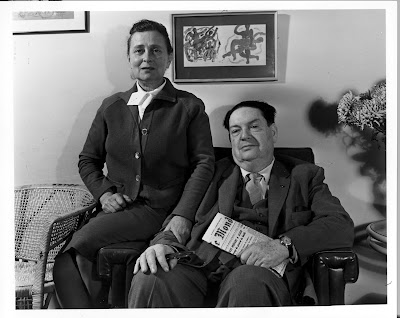 Back in the 1970's, penniless and at loose ends, living in an efficiency apartment in Berkeley, I used to listen to these pieces on record. They seemed as strange and wonderful to me, then, as I imagine they must have to people who first heard them in the 1920's. Here's a poem I wrote then, one rainy, foggy night. My Stepfather, who had joined the merchant marine in his early twenties, sailed around the world, stopping in Rio and Buenos Aires for long periods of several months at a time--in the early 1920's. Imagining him there, was a special detail, which found its way into the poem.
Poem
I'm not alone I'm just the only one awake
It is drizzling down on the heads of the sparrows
How odd to be sitting inside something you've made
Just sitting and talking
The four white walls bow to me
I get up to get a banana but they are too green yet
All the way from green Panama or someplace
On cool storage freighters
"Across the Sea" & "Just For Me"
Memories are floating up to the surface
As I gaze into the pool of melancholy
I think a little bit about my Stepfather
Sporting white bucks in Buenos Aires in 1925
And I think a little bit about figs
The kind I used to step on barefoot when I was a boy
I listen to the rain make corrugation sounds in the hollow drain pipe
The rhythm so strangely syncopated and other-worldly
Transported to a distance place
Far from here
Where the soft rain is making a mulch of the earth
And sleep is a kind of slow run towards Summer
The poem reads to me now as a kind of lullaby, lull - a - by, lulling by, a lull (or pause) that passes by the by, lulling you to sleep, perchance to dream. Milhaud's Saudades, though they're ostensibly dance numbers, with a kind of agitated rhythmic character, are lyrically mournful, as a Saudade would be. I like to think that when he wrote these, in the year after he'd returned to Europe, he was summoning from memory the exotic world he'd seen and heard and tasted in Brazil.
Years later in his life, my Stepfather would play tango recordings on our turntable, and a misty expression would cloud his countenance. I'm not sure, but I suspect he may have had a romantic interlude which he was remembering, or perhaps it was just the atmosphere of a place and a time, long since evaporated.
I'll have future posts about Milhaud and his music down the road.
Posted by Curtis Faville at 9:35 AM

One could hardly not notice how bright, charming, and clever his mind was, his innovative orchestrations, his audacious combinations, and rapid modulations--all thoroughly modern and cosmopolitan!

I have an old recording of the Creation du Monde. At one point I might have agreed with your assessment of Milhaud (and your praise), but now his music sounds rather...circus-like, for lack of a better term; his jazzy stuff garish, even a bit...spooky (as does Debussy for that matter). At times he sounds Stravinsky-ish, but w/o the heaviness or intensity.


At times Milhaud produced some magic, but his ahht's ultimately ironic, comic, carnival-esque--perhaps slightly nihilist. Then after a half-hour of about any french greats (including Debussy, Satie, etc) one's often tempted to follow up with some Schubert or Ludvig Van ....

I think you sell Milhaud short.

How much of his music, in point of fact, have you heard?

In the 1980's, a lot of his chamber and orchestral works--neglected, for the most part, by the big companies like Victor and Columbia and EMI and so forth--began to be issued, for the first time.

Ned Rorem said he thought Milhaud's style was derived from "Mediterranean" sources, rather than the heavier, Viennese influences of the 19th Century. 19th Century styles and moods are not much copied or followed in the 20th. Who among 20th Century composers would you rate as being as emotionally and intellectually embroidered and dense as Brahms, or Berlioz, or Schubert? Or Mahler? It was a different time. Who wants to go on writing Romantic music, forever?

Get a hold of some of the music you're unfamiliar with--the Four Seasons would be a great instance--to see what kinds of complexity and varied moods he's capable of. Every composer has a characteristic sound--certainly Stravinkksy, despite his enormous facility, does--but that doesn't mean it's narrow.

One thing Les Six shared, as a group, was a kind of manifesto against turgidness. Their hero was Satie, certainly the greatest foe of portentousness and pomposity in the history of music (Saint-Saens, Wagner et al). No surprise, then, that much of their early effort was directed toward "lower" forms of music--circus, street, folk, burlesque, dance-hall, etc. Poulenc, for instance, wrote a lot of "pop-ular" chamber work, but towards the end of his life wrote a very grave opera set in a nunnery (Dialogues Des Carmelites). Milhaud was so much more. They all were. You need to expand your awareness of these figures. Don't write them off.

I watched a youtube a while back of a Milhaud piece for marimba and orchestra which is pretty tasty--jazzy, even (yll probably roll yr eyes--how vull-gar!) sort of Zappa-ish. But after a few minutes of interesting complex muzak he starts to repeat himself, or runs out of ideas, or something (sort of like FZ's "classical" musick as well)--tho' admittedly Milhaud had a nice sense of rhythm.

Really I prefer say Stan Kenton for that sound (and Stan the man as talented as most academics, really, even those amusing and talented clowns Satie & Co).

now Count Scriabin--he was a Prince of modernist musick (and his piano music very subtle and difficult--I am a decent amateur pianist/keyboardist, and can hack away some Bach, even a bit of Chopin or Debussy (Satie mostly child's play, tho interesting forms)...not the case for Scriabin's etudes), and I would contend Scriabin (like the best of his maestro Mussorgsky) outdoes the french phreaks most of the time...(at least later Scryabin, who immanentized the Eschaton..so to speak) .

Debussy's La Mer remains sort of a fave, however--the oceanic sublime. Or at least sections of it--and it's not as circus-like (or zucker-y) as much gallic music.

The french school may at times ..shimmer, but then...after a few beauteous sections...a debussy or satie indulges in the ...je ne sais quoi...circus sounds. Or maybe it's the closed circus, at night, with the performers drunk, sad, or headed to brothels...Even Claude was on a dark trip, I believe

The russian beauty of Scriabin is somewhat more mysterious, tragic

The debate over the "thin-ness" of French classical music is not one we have the time to go over here.

I understand the terms of the debate, and both sides have merit.

Let's just leave it at that for the moment.

Check out the Milhaud marimba piece on YT (ah suspect the minimalists were sort of following DH's percussive writing).

De gustibus, etc. I don't detest french class.musick--but like creme de menthe or absinthe enjoy it in some small doses.

Buenos Aires has so many things to offer that at first, you will not even know how to start. Well, I would begin with the zoo, the museums in Recoleta, have lunch at those beautiful restaurants in Puerto Madero with the sight of the river, also the Obelisco and some shopping in the well-known stores in Palermo Viejo (fashion neighborhood)
Last year I rented an apartment in buenos aires and I felt as if 2 weeks were not enough for this city. I will go back!
Summer