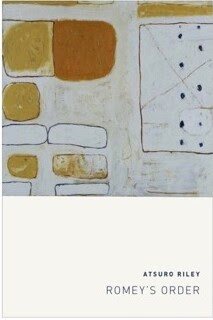 This work reminds one of Faulkner territory--

slightly. In miniature--some of us prefer earthy to ethereal, however trite or offensive to the beat-mystic posse.

I posted two comments to Silliman's eulogy for the IBM guru Roberts who had a hand (but did not invent) in the 8080 BASIC, which Gates/Allen then subsequently developed into Altair Basic. This was the beginning of the Microsoft monopoly. So I made a few remarks re corporate hegemony for lack of a better word. The comments were fairly well-written, and included nothing radical or obscene--Silliman the corporate/Microsoft/IBM apologist did not publish them. Personally, I don't think you can put on the beat-poet schtick AND at the same time defend the likes of Gates/MS (or Roberts), but that doesn't apparently bother the S-man regs.

All right, thanks for this, an interesting discussion of a first book of poems.

Before I get to the poetry quoted, a couple notes -- though you probably know -- on Poetry: the 'zine is entirely available on-line these days. This month (April), there are three Rae A. poems, and other interesting poems too. In the next month or three, a substantial chunk (I'm told) of Silliman's new "Revelator." So the 'zine it seems is not so stodgy these days, although the editorial policy remains to my mind vague (it is "excellence wherever found," or some such, probably done up by committee, and maybe (jury still out?) unduly influenced by having to watch its back given its status as a big $$$ player (no REAL chances). But we shall see.

Back to the poetry here. Do you think it really was an "ice-box" there in the poem you call direct and grounded in a lived experience?

And I read "milk purling in the kitchen" as a descriptor of the ice-box, and so not quite so simple. Or is it actually "milk" that, like the icebox, is "purling"? If teh latter, it seems a bit of a stretch, yes, to be termed a honest poem of lived experience (more like experience more than a little imagined, not that there's anything wrong with that).

The sounds of the cooling floorboards in the line that follows there work weel. He comes right to the edge of cloying with "planking" maybe, but it works.

I think the hyphenated terms work well. On those, most people are going to say a little goes a long way. Me, I say yes and yes and (yes) yes-yes (I like /em, think they offer lots of poetnetial for word exploration and discovery).

Riley may want to watch 'em though. No matter how good he gets with 'em, some are going to pigeon-hole him as the hyphenated-term poet, just like some see ose Garcia Villa as the "comma poet."

With regard to your concerns about the double-space leads and your turning of the a spaced poem into prose, I don't know what to say.

I think we've all seen a lot of academic press poetry books which have some cockeyed idea of "poetry" and end up printing it in a style which they think of as "in-house" or press-specific. I.e., Pitt Poetry series, or Wesleyan's dogged squarish format.

The thing to remember about the Eigner edition is that if Stanford had had any--any little--part in determining the look and feel of the page--it would certainly NEVER have been set in equivalent Courier. That was Bob's insistence from the beginning.

I think in America we all grow up feeling suspicious of non-traditional-looking texts, as if we couldn't take any writing serious that didn't appear to be overseen by priests. With children's books, almost anything is allowed, as long as the text is sing-song-y and nonsensical. But with "grown-up" books, well.

I'm not sure what you're getting at with the ice-box poem. Are you implying that it means something else? If so, what? I just thought it a lovely metaphorical cluster of impressions that achieved a kind of intuitive wonder. Coolness is precious in a tropical climate. Isn't this just like walking down to the kitchen at night, barefoot, to raid the ice-box?

Think about how the Variorum Yeats is laid out--a poet for whom "page" layout concerns seem almost superfluous. Like sheet music.*

*Actually, there is a tradition of decorative, or graphically conceived musical notation, but that's not the point of my discussion here.

I just am wondering if it's really an "ice-box" as opposed to what everyone else calls it for the last 50 years -- a refrigerator.

And what is meant by "milk purling," if not a metaphoric description of a white refrigerator?

In general, unless it's an icebox, and the milk was really purling, then it's not so direct and simple -- which is what your post termed the poem. Your comment above, about the poem being metaphoric, suggests there's more going on than just directness, yes? This epxerience may have been lived, but in the telling, it's been gussied up, highly. Almost too much, I guess I'm suggesting, given the "ice-box." I mean, unless he was someplace wihtout electricity where ice gets delivered once every four days or so, it's an odd term, over-reaching even. Or so it seems to me.

I do love the hyphenated words though, in the the other excerpt. Those words of course are over-reaching, artificial too, but it's so inventive (as opposed to the retro "icebox") that it makes me glow.