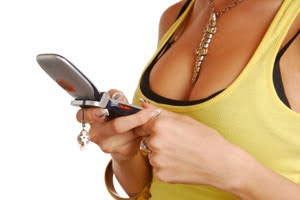 Carlotta entered the language when she was three.  Her short arms and legs grew out slowly like the flour bunny, and soon she was able to swim, kicking and turning over like a delighted seal.  She was given her coordinates at 9, and in no time was constructing her own platforms with ease. At 12 she was temporarily lost on the grid, but everyone was relieved to discover that she had just been elaborated into three new identities, each more complex than the one they’d replaced.  It wasn’t long after that that I ran into one of her surrogates on the street.  “Carlotta,” I joked, “how’s life out there on the edge of the data-stream?”  There was a faraway look in her eye.  “Can’t talk right now,” she replied, “I’m texting.”

Posted by Curtis Faville at 9:24 AM

You apparently never heard that Nabakov resides in Hades, tho' Sir F. A bit lower than even the beat kitties

maybe we should use one of our "secret weapons" against them Pirates?

throw either John Wayne
or that othe B actor Ronald Reagan
OR
better yet throw Carlotta
at them. THAT should fix them... once and for-all!

Do you mean about Somalia?

This was posted to the "Texting" prose poem.

Maybe I was being tongue in cheek about the Somalia thing--would make the setting for a great Le Carre thriller--don't you think?

But killing people by accident isn't funny, or entertaining.

that to John Wayne or Rambo or Reagan or Eastwood

it s only a virtual reality
after all..

Somalia too far away from where all of our weapons and troops are... we, the free-and-the-brave now and maybe for-ever committed to the
Middle east Region...

... except for our loving allies The Saudi Arabians!