Do you get pissed-off at things people do when you're driving?

I began driving at age 17, and I think I've driven just about every day of my life since then.

That's something north of 15,000 days of being on the road, responding to situations, handling minor crises, making allowances for other people's mistakes and rudeness and ignorance, and just outright deliberate craziness. 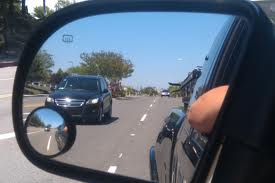 Among my latest pet peeves, which seem to be occurring at an alarming rate these days, are the following:

Tailgaters. Generally speaking, almost everyone speeds these days. That is, they exceed the posted speed limit by at least 5 miles per hour. Almost no one keeps to the limit, unless passing through a known "speed trap" where patrol cars lie in wait, like wolves or sharks, to nab unsuspecting offenders. But speeding isn't my hang-up. My problem is that even when I'm driving over the speed limit, often by as much as 15 miles per hour, I'll get tailgated by some jack-rabbit. There doesn't seem to be any type-casting here. Age and sex and ethnic background and make of vehicle have little to do with it. They'll sit about a car length and a half behind me, hugging my back bumper, trying to push me to go even faster. I'll often pull over and let these folks charge ahead. It's the only solution. Otherwise, they'll never give up.

At intersections, it's common sense that some people will go straight, others will need to go left or right (except where prohibited by no turn signs). What I see increasingly these days is people who will deliberately occupy the center of a single lane, preventing cars behind them from turning right on a red light or stop sign. They will even do this when they're signaling to turn left. Some of these people seem to believe that to make a turn, in any direction, you have to move to the opposite side of the road in order to complete your turn. But others, I firmly believe, want actually to prevent drivers in vehicles behind them, from using the side of the road to execute turns to the right. Like drivers on freeways who try to prevent other cars from cutting in front of them, these folks just resent anyone passing them for any reason--as if the road were a board game, and you had to block other drivers from circumventing your position at the stop. In California, it's legal to turn right after stopping at a red light or sign, unless prohibited; but at least 40% of all drivers turning right seem not to know this, and will wait patiently for the light to change before turning right.

We live on a hill, in a residential neighborhood. Every day I have to drive down three steep streets, and then drive back up to return home. Cars usually park on both sides of these streets, which are too narrow for two cars when there are vehicles parked on both sides. This means that the law of right of way applies. Unfortunately, almost no one seems to know the rule: Cars going downhill must YIELD RIGHT OF WAY TO UPHILL TRAFFIC. There are no signs to this effect posted in the neighborhood, and most people heading downhill just plow right on ahead, pushing uphill traffic to the side as if they were passengers on a gravity-enhanced roller-coaster. I've even had folks motion angrily or frustratedly at me as they descend, expecting or demanding that I get out of THEIR way. These people are ignorant jerks, yahoos of the road. I keep promising myself to write a letter to the local police department to put up a YIELD sign at the top of these steep streets, but they'd probably interpret the gesture as a crank. They might even come knocking on my door, demanding to know why I've bothered them.

The Bay Area is full of bicycles. In principle, I buy into the notion that riding a bike is a good alternative to driving. Public transportation should be encouraged, and biking should be encouraged as part of the campaign to curb the amount of traffic on our streets. But bicyclists, at least those around here, are generally scofflaws. This may be because they believe themselves to be morally superior because they're living "green" or because they just resent having to share the road with cars. Most of our roads were built with automobiles in mind. A few of our older cities have rail tracks, and overhead electric wires for public transit trains or busses. But the vast majority of our roads are designed for cars, not bicycles. In countries where bikes (or motor-scooters) are more common, as in Italy, or India, the traffic congestion is several times worse than regular four-wheeled vehicular traffic is, almost anywhere. This is largely due to the refusal of bicyclists to follow any rational or sensible rules of the road. Many bicyclists in this area ride right out in the middle of the street. They will do this even on streets that have ample room on the side, near curbs or sidewalks. What usually occurs to me when I run into this behavior is that people who ride bikes are terribly vulnerable to serious injury. A bike is no match for a car. Biking regulations are several times more important to cyclists than they are to drivers of cars. And yet, in the Bay Area, few cyclists obey the rules. They routinely drive right through stop signs and signals, turn without signaling, and ride on the sidewalk, endangering pedestrians. Another thing they seem not to understand is that a bicycle doesn't have right of way on a cross-walk. A bicyclist should by law dismount, and walk a bike within a cross-walk, but you hardly ever see a cyclist obey this rule. They have signs these days which say "SHARE THE ROAD" which seems to embolden cyclists to believe that the road belongs to them, that they can ride right down the middle of the street at 8 miles per hour, refusing to pull over to allow traffic to pass. My guess is that as bicycle use increases, the problems of congestion will get worse, not better. Take a look at the traffic jams that happen in India, and you'll have some idea of what's coming down the road in our future with bikes. When bicycles become so numerous that they crowd out regular four-wheeled vehicles, you have chaos. 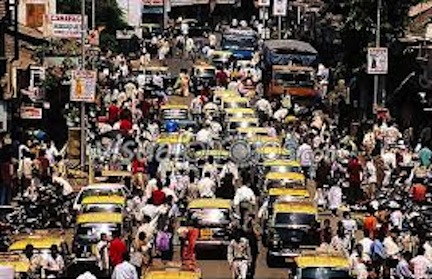 That's my annual venting on dirty driving. DRIVE SAFELY!
Posted by Curtis Faville at 1:07 AM

I hate tailgaters, and move over to let them pass, when possible.

I usually drive the speed limit, rarely exceeding by more than 5 mph.

People should use turn signals as recommended by law. In California, Vehicle Code 22108. Any signal of intention to turn right or left shall be given continuously during the last 100 feet traveled by the vehicle before turning.

Cyclists should be courteous, and have the right of way as far as I'm concerned.

In general I much prefer driving in Italy, France, Netherlands, to driving in the United States. There's a mood of entitlement in our country, no doubt about it; many individuals seem to resent the fact that they live in a society.