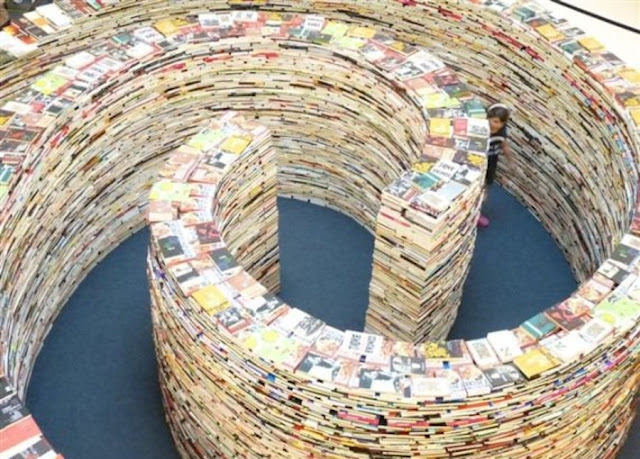 
A Dictionary is an historical monument, the history of a nation contemplated from one point of view, and the wrong ways into which a language has wandered, or attempted to wander, may be nearly as instructive as the right ones in which it has travelled as much may be learned, or nearly as much, from its failures as its successes, from its follies as from its wisdom.   ---Richard Chenevix Trench, On Some Deficioncies in Our English Dictionaries (1857)
Posted by Curtis Faville at 2:32 PM

Thanks for this quote, which has led me to Trench's observations at Google's e-book service; it is so far — in its first few pages — a very interesting and provocative piece of work.

for some reason
I keep coming back to this image
and what is running through my
mind
is an image of something called The Kiss or The Embrace..
not the Rodin piece but a Noguchi piece...
or was it Giacometti ?
then i just noticed the young girl and she in her pre-pubecent anticipation of w=hat is to come...be experienced "just around the bend"

hopefully she will NOT be duped by all of the Literature represented by the maze of literature's faux wisdom ?