This is the season in California when the clover sprouts out. Clover is a weed, invasive and prolific, though not entirely unwelcome. Its leaves, rounded, in groups of three, make a pleasant ground-cover, at least as long as they're green, which usually isn't very long.

Honey made from bees who forage in clover is sometimes called Clover Blossom Honey, a popular kind on the market. 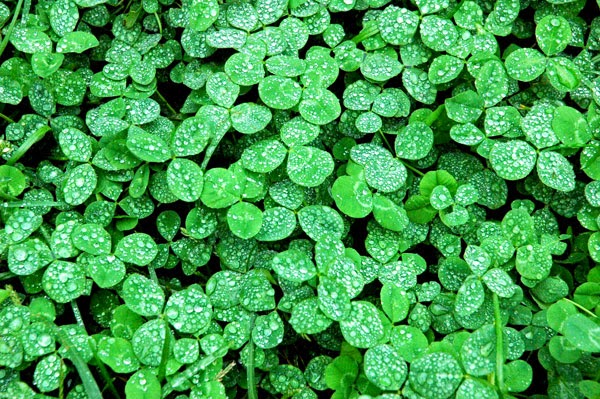 I used to think that so-called 4-leaf clover was a myth, but that's not the case. Four-leaf clover, though rare, occurs in nature. The odds of finding a four leaf clover are about 1 in 10,000, assuming you were patient enough to search for them. It's possible that you could pore over several thousands of plants before finding a single example. There must be a genetic disadvantage to four leaf clusters, since they occur in such a small ratio. 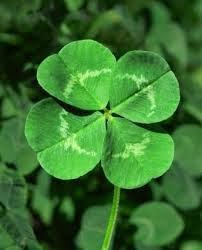 I don't believe I've ever seen one, except in photos like the one above. In this age of computer manipulations, one can never be quite sure that what you see in a picture is real, or the result of some kind of customizing of the image.

Four leaf clovers are said to be emblems of good luck, and finding one may presage good prospects in romance. In Ireland, where the clover (or shamrock) has most symbolic significance, wearing some in your coat lapel may be popular. I was only in Dublin briefly several years ago, and I don't remember seeing anyone wearing clover leaves, though the motif, being one of their national emblems (like the harp), is ubiquitous there.

Here's a concoction that's honey-based. The Barenjager is a German liqueur. The Germans are very big on sweet things. Their wines tend towards the syrupy, though they can be very delicate and sophisticated. They tend to go well with German food, which is no surprise. Along the borderlands between Germany and France, you'll find wonderful vintages, ranging between very sweet and crisply dry.

Shaken and served in chilled (frosted) cocktail glasses. Very good with honeyed salted almonds, by the way. Pure honey has a kind of "burnt" smell, which is always associated in my mind with bee-stings. I've only been stung about half a dozen times, but it always gives me a super-sized pain, like being stabbed with a glowing needle. Something of the vividness of that memory, I think, informs the intensity of my taste buds towards honey. Putting it into a drink concoction softens the "heat" of the honey, and makes it seem the very essence of alpine purity. The dry vermouth smooths it out and balances the excessive sweetness. 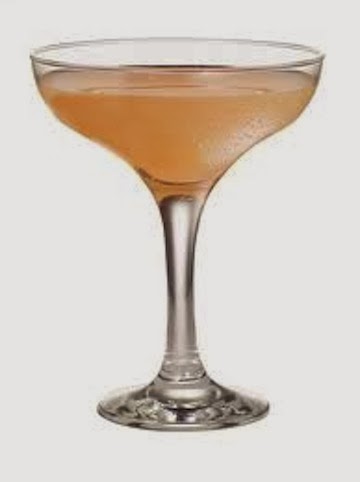