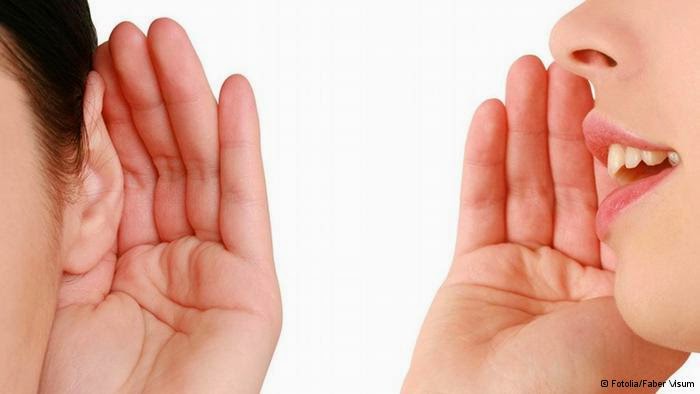 In the last three years, the public's attention has been altered, largely as a result of the augmentation of scale of the computer device, towards devices that are portable, instead of tied down by weight and size to a desk. The personal computer has been transformed from a machine in situ, to a kind of advanced cell phone device--a computer on wheels.

The new phones are as powerful and facile in some respects as full-sized computers used to be. They can send and receive written messages (like e.mail), take pictures, surf the internet, record financial transactions with credit cards. Like the older cell phones, however, they must still be periodically re-charged.

New so-called "social media" sites have grown up around this new technology--such as Facebook, Twitter etc.--which have capitalized on the easy interconnectivity, linking up users anywhere in the world, to sequences of text-threads

One major drawback of the new devices is that they aren't large enough to provide a classic QUERTY keyboard, though most have a tiny version of this which can be used in the traditional "hunt and peck" manner which people who had never memorized the typing keyboard were forced to employ. Hunting and pecking, or thumbing, is now the new mode for millions of people around the world.

Like any new gadget, the new cell-cum-computer phones are popular toys. Kids and grown-ups can both appreciate the novelty of making quick, efficient communications from any location, not tied down to a heavy wired device.

People have begun to speculate about the effects of this new revolutionary device, and how it may influence our culture. And they've begun to wonder about the implications of being constantly "connected" to vast, intricate webs of users, as well as the potential for loss of privacy and confidentiality these new gadgets create.

Since January 2009 I've become a committed blogger, posting over 750 pieces, or essays, on a wide variety of subjects. I have no idea how many bloggers there are in the world. Two years ago, estimates were as high as 173 million, worldwide. I suppose that number much have increased since that time. I'm not sure anyone cares to know the number.

Blogging bears comparison to earlier kinds of written communication. You type your entries on a typewriter keyboard, and they're read on screens big enough to accommodate a "page" that can be read easily. They're then "loaded" onto the internet, where they are "received" or accessible, like a kind of permanent telegram, complete with pictures and bells & whistles (links, videos etc.).

Blogging programs are a kind of application. New applications, or apps, as they are now called, can be loaded on to any computer and used to connect to new spheres of access. You can do personal banking, play games and see a live-feed video of a Paris street.

The first thing to remember about new social media gadgets is that they are proprietary mechanical devices (machines) which are produced to make money. They aren't made available as a public service, but must be purchased by the user. In order to connect to any other entity on the world wide web, one must forfeit some personal privacy in exchange for access.

Cell phones are not just symbols, but invasive trojan drones of the media industry, designed to hook us up, track our behavior and movements, and analyze our habits and likes and dislikes, the more easily to target us for yet more advertising. The gathering of this data for other purposes has become a hot topic now. Do companies that service these devices, suck up data from users, store and sort and trade it (at a profit), with or without our permission, need to be regulated? Do companies have our best interests at heart? Will the government, which has now begun to spy on the vast internet network of exchange, gathering and storing up messaging data, be responsible enough not to misuse it, for political or other purposes (such as law enforcement)?

Back in 2010, I spoke out against the use of cell phones ["The New Generation of Inter-Com Devices -- Why They're Bad" -- June 30k, 2010], objecting to the pernicious affects upon users (and others) in public, and in private.

Since then, the new apps have moved the live voice off to one side, further compressing the window through which the oceanic exchange touches individual devices. In my last foray into this grey area of media ["Death of the Twinkie - Birth of the Hand-Held" -- August 11, 2013], I speculated about the possible death of the hand-held, using the impending death of the Twinkie Snack Treat as a metaphor.

In spite of its enormous reach, I suspect that the new Social Media sphere may be a short-lived phenomenon. Blogging was the new kid on the block, and it's still with us. A lot of people, probably mostly kids and teens and young adults, have wandered away to fritter their lives on Twitter and Facebook, but I suspect that, given the severe restraints on communications those apps impose, they may endure only as resorts to necessity.

Once the novelty has worn off, people will easily tire of the triviality and pointlessness of setting down a dozen or so words, and expecting friends, or strangers, to appreciate or understand the meaning of our speech. Already, communication/media wonks have begun predicting the death of Twitter and Facebook. They're already old hat.

People may tire of being persuaded to be constantly buzzing--mostly for no purpose--but the companies and corporations who produce these devices, and the companies which run the apps which live on them, have other things in mind. What will they think of next?

I joined the blogging party, but I refused to titillate myself with Twitter. I figure that the kind of people who "tweet" to and "face" each other, probably aren't interested in discussing anything seriously, and so I have no regrets about not being a part of their game. Never having wanted to be a joiner, or a clubby type, I ignore their buzz as much as I can.  Every so often, someone I once blogged with, or exchanged an e.mail message with, will send me a Tweet alert, that there's a message waiting for me.

Anything important enough to communicate with another person deserves to be heard privately. If you need to tell the world, or your close circle of "friends," what's on your mind, I would think that limiting it to a sentence or two would be a pretty sad commentary on the state of your consciousness, and of the low esteem in which you hold your readers.

The new social media is a dumbing down of communication. People may be stupid--they usually are--but even naive, unimaginative people will quickly tire of something once the fun of discovery has passed. The very qualities which the new media demands, insures that they won't be loyal customers for long. The attention span of an ape is probably longer than someone who habitually uses Facebook or Twitter. And that is what will kill it, eventually.

It won't be a nano-second too soon for me.
Posted by Curtis Faville at 9:30 AM

I've been a blog-o-holic since 2006. Some of my many blogs were soon abandoned. but it still seems like a good way -- or, maybe the only way -- for me to sit down and think about things I've seen or read.

I don't want to be casually befriended.

BTW - do you know what happened to Kirby's blog? Why did he make it invitation only ? I like to occasionally read it - but prefer to do so covertly.

BTW II : I also used to collect Baseball cards -- though I had no use for any team but my own. I've never had the collecting bug - I guess I just found the cards to be some small connection to the big exciting world beyond my backyard. (I was about five)