The Beehive of Language 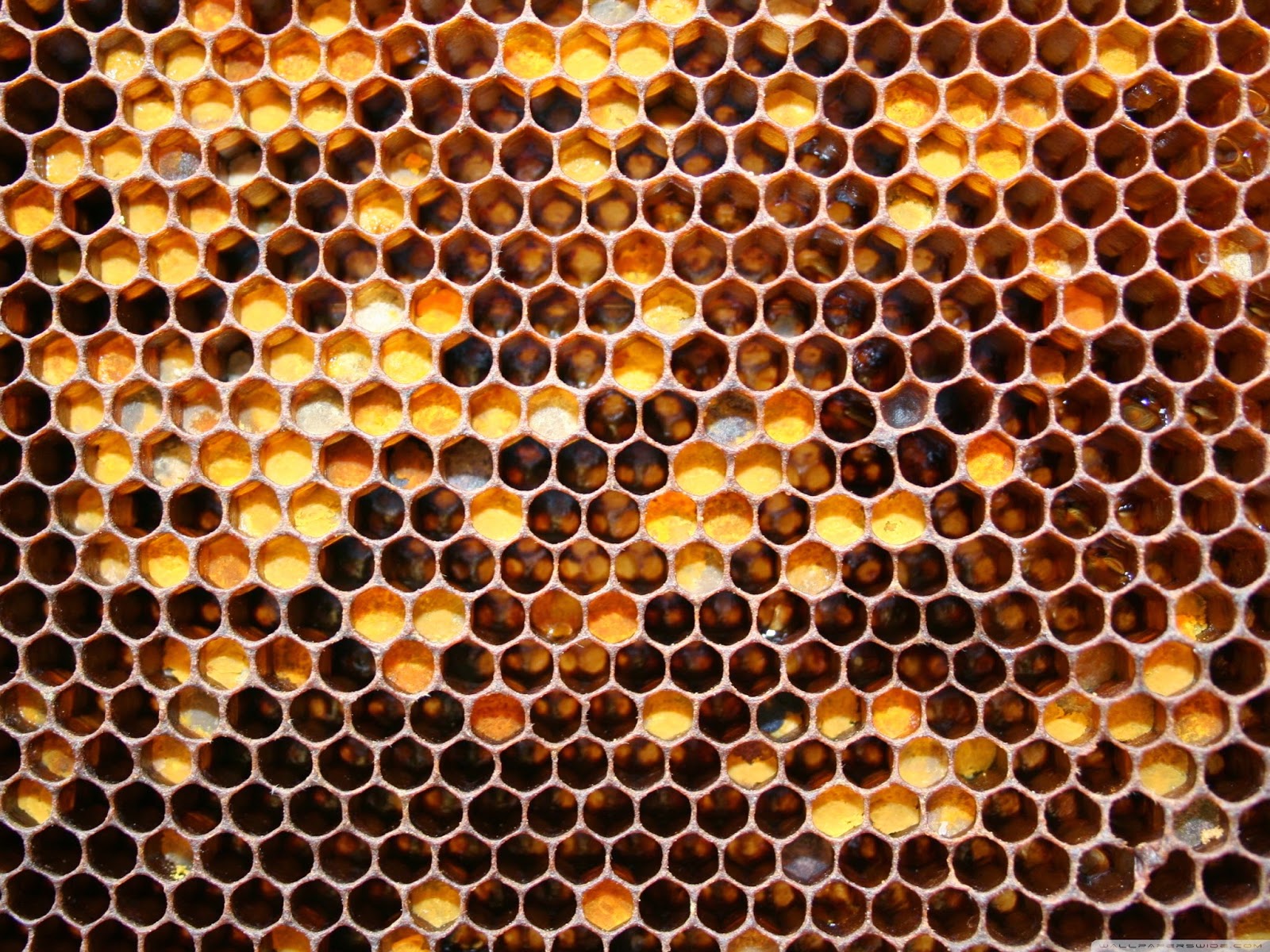 There was published in England in 1580 a book called John Baret's Alvearie. It was a kind of cross-referencing dictionary, organized alphabetically, to assist users to match allied words in different languages: English, French, Latin, and Greek. Its existence has always been known, so there has never been anything mysterious about it. Its author, John Baret, was a Cambridge don, who made the work as an aid to students of language, and he subtitled it a beehive, because its composition was accomplished by his students, who went out into the world in search of words and the way they were used, and brought them back--rather as bees do pollen to the hive. (This procedure bears comparison with some of the methodology employed in the Oxford English Dictionary, created between 1888 and 1928, when it was completed. Its editors employed ordinary citizens to conduct searches in the literature of the past and present, to provide citations for the definitions of words as they had been used in history.)

Dictionaries were not a common thing in the 16th century. Baret's was one of the first volumes to approach vocabulary as a distinct collection of meanings and definitions. Like all dictionaries, it defines by example from citation, considering relevant shadings of meaning. The Baret volume, though not strictly a dictionary in the sense we think of it, nevertheless served much the same purpose, albeit in multiple languages, as a sort of multi-lingual Roget's might in our own time. Indeed, a considerable volume could be constructed along the same lines today, though it would doubtless be an enormous undertaking and would run to many, many volumes. An English dictionary, as we think of it, did not really appear until Samuel Johnson's in the middle of the 18th Century.

Language was in consequence a much more fluid medium in those days, since there was less authority exercised over use and usage, and no reliable measure by which to guide it. This may, by the by, account for some of the lubricity in verbal invention, since English was not regarded as a precise tongue, or not as exact and clear as ancient ones like Latin and Greek, which had their own classical literature long before there was any in English. A vulgar tongue, unrecorded, and not regularized, is much more elusive and potentially vague.

A man as inventive and curious and facile as Shakespeare certainly was, would naturally have been fascinated by any compendium of words, and in his time English was still fluid and lively enough that the science of lexicography, in its practical application, would have seemed like a nice novelty to a young writer in Shakespeare's time. Indeed, a book like the Alvearie would have seemed almost a kind of guidebook. There was less literature in English four centuries ago, and it hadn't been subjected to rational organization and study. The meanings of words cried out for interpretation. The language needed to be tamed. 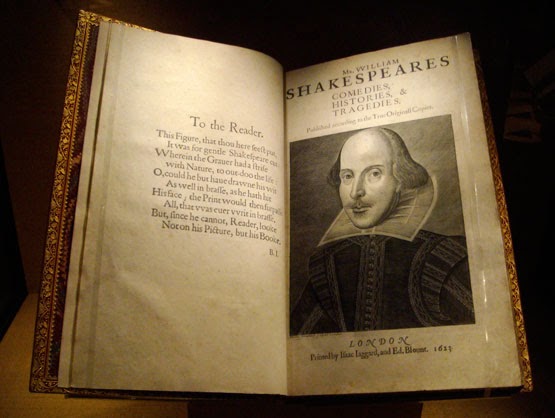 Copy of the original Shakespeare Folio Edition of The Plays

But what part does William Shakespeare play in this story?

Two New York antiquarian booksellers, George Koppelman (of Cultured Oyster Books), and Daniel Wechsler (of Sanctuary Books), happened to be attracted to the recent e.Bay auction of a copy of the Baret Alvearie, with annotations by an unknown hand. The book has considerable value just for what it is, on the antiquarian collectors' market. Intrigued by some of the annotations they read in the images on the auction page, the two dealers decided jointly to bid on the item, tendering $4300, which won. 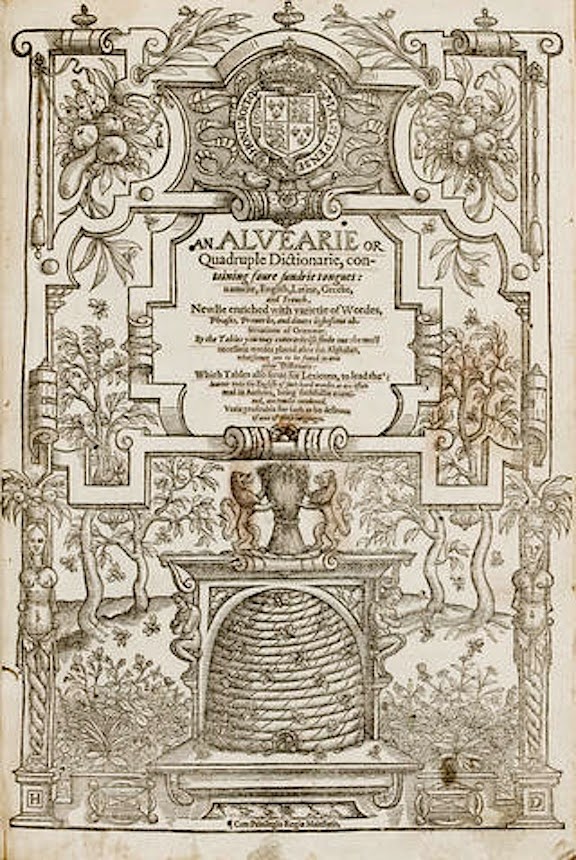 The time of the book's publication, its subject, and the propinquity of the printer, all argued for a conjecture that Shakespeare the Bard would very likely not only have known the book, but the book's printer (Henry Denham). It's the kind of book, given the time of its appearance, that would undoubtedly have been an object of fascination and interest to the young budding poet and playwright.

Examining the book carefully, the two booksellers (and amateur Shakespeare scholars) began to collate and cross-reference the annotations in the text. The annotations were of two kinds--critical marks (strokes and checks and circles), and single word or phrase entries. Associating such admittedly scattered but specific references with literary works of the period is a difficult task at best. 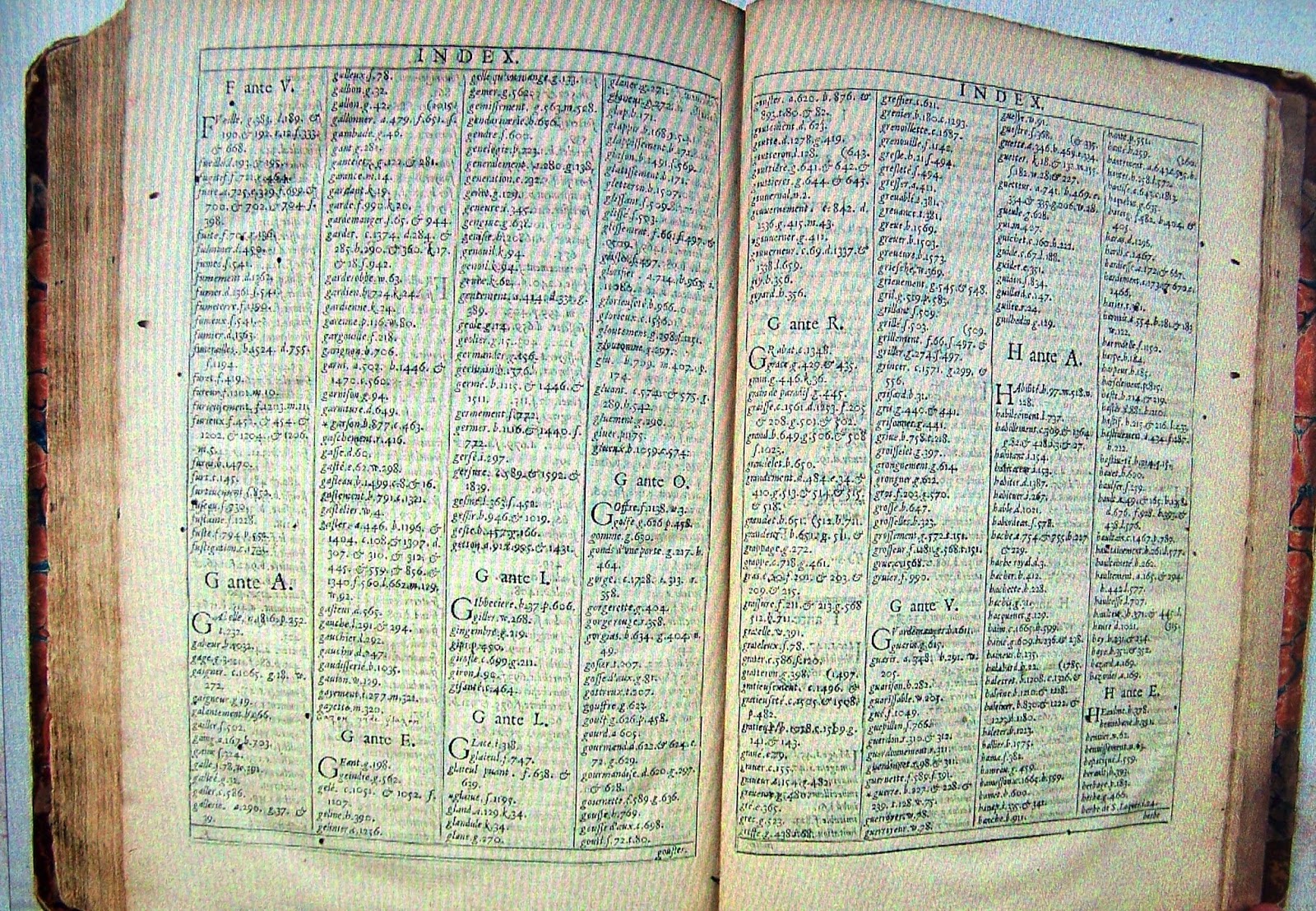 Sample pages of the Alvearie

Enter the age of information, driven by the digital micro-processor technology. Collating word references and constellations of words across texts through frequency and juxtaposition has become an important tool in analyzing connections, trends and attribution. It seems that even a characteristic linguistic style can be codified mathematically to with a few degrees shy of certainty. It may be possible to track the footprint of a writer through his word choice and order, as efficiently as handwriting experts can determine whether a hand is a forgery, or the real McCoy.

Thus, with the aid of textual software analytics, Koppelman and Wechsler set out to try to prove that the book's original owner was in fact William Shakespeare, by finding coincidences between the annotations of words and phrases, and the appearance of like or similar phrases in the Plays. The researchers took their task very seriously, and spent several years building up a series of links they believe show beyond a reasonable doubt, that the reader and annotator was the Author himself. I won't bore you with examples they lay out in their book, Shakespeare's Beehive: An Annotated Elizabethan Dictionary Comes to Light. Besides, it's no fun to give away the secrets in a simple summary. The totality of the instances the authors have located is highly persuasive, at least to my sense. 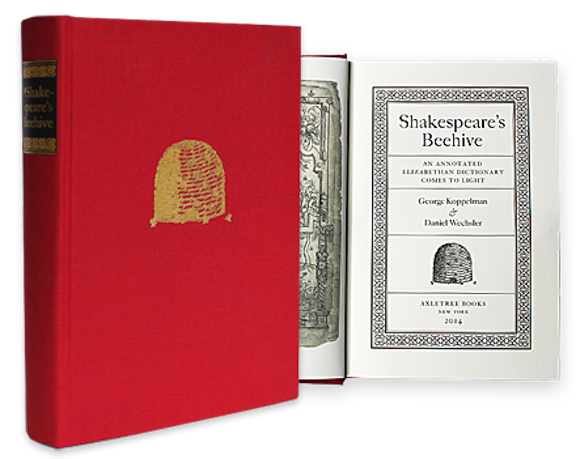 Could any enterprising Shakespeare scholar or dabbler have gone to the trouble of creating such a hoax, if indeed it could be? Since the book was not previously believed to have any connection with any famous author (let alone the Bard), it seems very unlikely.

Given how little is known about the plain facts of Shakespeare's life, let alone his private life & contacts, opinions & politics, such speculations are inevitably regarded with disdain. The best defense, in this case, against the charge of an opportunistic hoax or fake, is its implausibility. We've gotten so suspicious about the possibility of ever knowing anything specific about the man, that we are positively supersititous about it! Shakespeare was just a man, albeit a linguistically gifted one, perhaps a retiring bookish sort as well, not given to public gestures and personal aggrandizement or publicity. Perhaps the simple fact is that Shakespeare the man, due it part to the intense over-protectiveness with which his reputation is viewed (and guarded) is just too important to have had an ordinary life, with possessions and references, and unsuspected ambitions and prejudices. The writer has become so elevated in the minds of readers that we can't quite believe there's a real man behind the words. 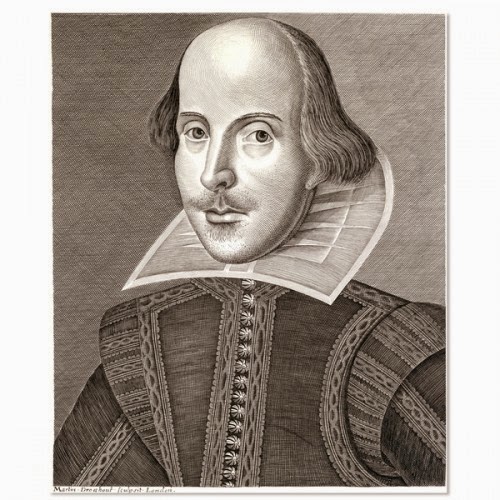 Real men use dictionaries. Real men fall in love and watch the birds, strive and stumble and cover their tracks. Was Shakespeare a secretive man? Are his works an elaborate edifice erected by a sly, brilliant recluse? Can we grant the man the right to have used a common, early brand of multi-lingual thesaurus to aid him in manipulations of the vulgar tongue? 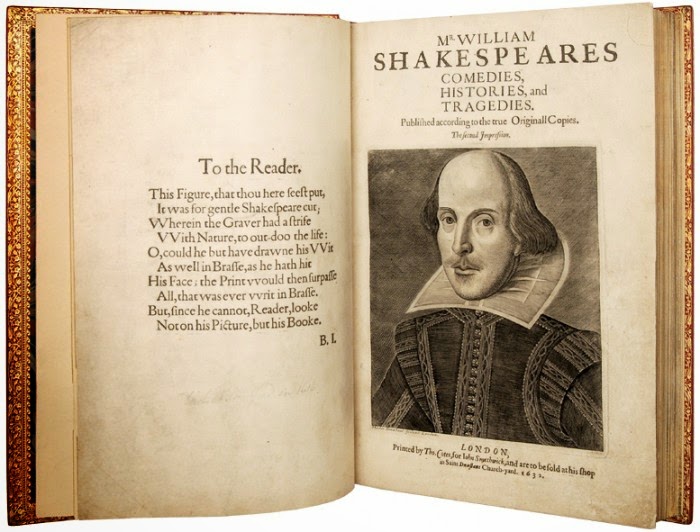 Tile page spread of the Folio

If you think about it, a hive of bees is a clever metaphor for what the Baret Alvearie was/is. Baret himself couldn't have known about the communication skills of bees, in the scientific sense, but the notion that any language can be condensed, or coagulated, through the cooperation of a host of scouts canvassing the countryside, is ingenious. A dictionary is a kind of hive of words, and any densely packed group of beings (including humans, the most communicative of living species, as far as we know) will concentrate the language they use. Any writer, Shakespeare included, may come to experience language as a kind of hive of activity in the mind, in which stray or remote words or coinages or obscure verbal sports and hybrids are pulled out of the very air, or subsumed from inside the pages of books, or off of walls.

The Alvearie must have seemed a miraculous tool for writers who found it and perused it. Any work of language is also a kind of hive.

Shakespeare's works are like brilliant  intersections of verbal vectors and valences and oscillations, which sing truth and comedy and tragedy to our ears. Who knows what bees say to each other?--perhaps something like, "boy I'm tired, there's a great bunch of clover about a quarter mile to the East, along the familiar coordinates, meet you on the way back." Come, little pilgrims, with your sweet word gifts. 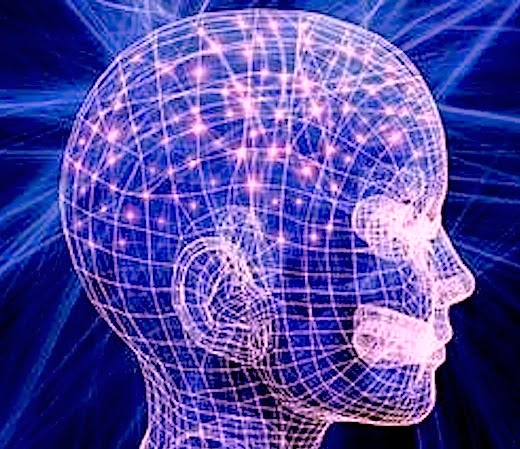 Hives are like great cities, the crucibles of culture. Hives are also like brains, ornate concentrations of data impressions, memory. Feeling, consciousness. The great ganglia of the universe thinking about itself.

pretty sure that I have a copy of the third volume of what you show of that Shakespeare book...

mine picks up with WS' Tragedies and then the Poems

no date on when this was done.... it is illustrated
and begins with a plate /illustration of "Mr Edwin Forrest as Othello" published in" New York : Johnson, Fry and Company, 27 Beekman Street"

title page has a plate/etching/print of Shakespeare's Tomb...

one of these days I'll look up this Johnson and Fry....

there is also reference to Onr Charles Knight and his "A Life of the Great Dramatist" This must be in the first volume... and

most likely pretty damn close to what is known about/of WS as it was probably done nearer to Shakespeare's living and times as most of what we now have via academic research ?

also reading some transcribed interviews with/of Robert Duncan and RD was HUGE into reading/using the OED... probably the same edition that I almost acquired.... and used to read/use... Can't find my Roget's Thesaurus, either. the stuff on the net that replicates the OED sucks.... it' all become so dumbed-down..... no wonder our (especially literary/poetry) culture is in the toilet ! I mean, who knows anymore that "toilette" is feminine ? or gives a Ratz Arse?