Just in case you haven't heard, the San Francisco Giants won the World Series of Major League Baseball last night in Kansas City. It was their third title in five years, a feat accomplished very rarely in major league history, and precedent-setting as far as this franchise goes.

Central to each of these titles has been the Giants farm system production, in each year, acquiring the services of a young player who would be crucial to their success. In 2010 it was Buster Posey, the catcher who was that season's Rookie of the Year. In 2012, it was Brandon Crawford and Brandon Belt, both in their first full seasons, having been brought up in mid-year 2011.

This year it was Joe Panik (pronounced panic), who, brought up in June, managed to hit .305 while playing brilliantly in the field. Giants fans will recall that the original plan had been to have veteran Marco Scutaro play 2nd this year. Following Scutaro's performance in the 2012 season and World Series, the team signed him to a three-year contract. But Scutaro's health got in the way of that (back problems), causing management to explore alternatives at that position. Brandon Hicks began the year there, but his hitting was so light (despite 8 home runs), that other options had to be tried. Ehire Adrianza was given a shot, even Dan Uggla, released by the Braves, got a look. Then Panik was called up, and suddenly we had a real 2nd baseman again. 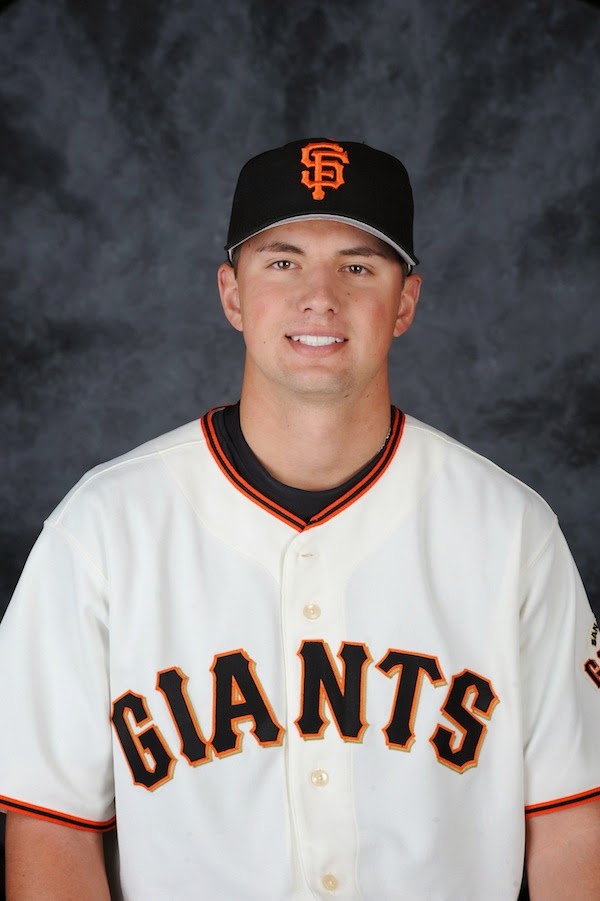 Watching Panik handle himself at bat, or in the field, you have the feeling you're watching a veteran. He's patient, deliberate and shows no sense of hesitation or distraction. Pressure seems to intensify his focus, rather than diverting it. Not a power hitter, he hits to all fields and makes good contact. He's difficult to strike out; when he gets two strikes, he gets very cagy and selective. Like Posey in 2010, he rises to the occasion, and seems made for the part. At 24, he's still a comparative youngster, though he's clearly ready for the big time.

Today is Panik's birthday, October 30th, 1990. What must it feel like to wake up on your birthday, after having won the World Series the night before? I can't imagine. It's a helluva way to begin a pro career. Starting at the top. If his performance so far is any indication, the next few years should prove very exciting for Panik. He solidifies an infield already among the league's best, with Belt at 1st, Crawford at 2nd, Sandoval at 3rd, and Posey behind the plate. Lately there's been talk that Sandoval might be lured away in free agency for big money. If the Giants let that happen, shame on them. The team's only weakness presently appears to be in Left Field, and among the starting pitching ranks. Will Lincecum return to his Cy Young form? Will Cain come back from surgery?  Pitching has always been the strength of this team over the last six years. Some changes seem likely, but at least for the present, Second Base is no longer a concern. We have Joe Panik now. Happy Birthday, Joe! 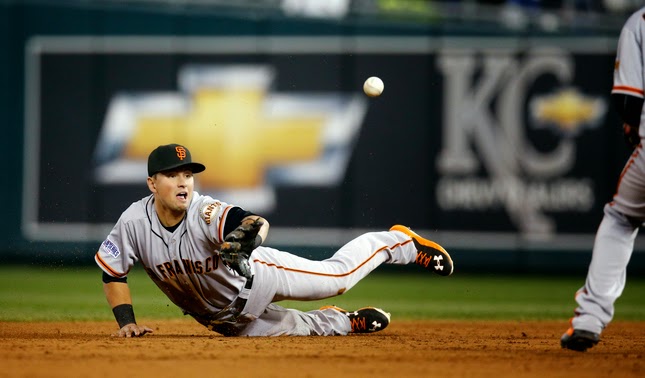 Joe needs to be traded to Tigers so every time I hear his name I hear my favorite song of Bowie's *Aladdin Fear.*