I've always been interested in books, and when I took Harry Duncan's typography class at the University of Iowa in 1970, I became interested in how books were made, and especially in how the construction of a book, and the presentation of its text, was an expression of the meaning of the medium. Duncan used to say a book is "like a wine glass, with the content the wine."

As with any craft, the spectrum of taste of printers and binders ranges all the way from slavish devotion to tradition, to eccentric experimentation. Duncan's own work tended to be a mixture between the two, but his emphasis was to attend, thoughtfully, to every aspect of the process and the product, leaving as little to chance as possible.

Harry and I didn't get along well at all. I tended to be in a hurry, while he liked to slow you down. My settings in the press bed were slipshod, because it seemed less important to me to have a perfect layout than a pleasing image. And of course he believed that taking short-cuts would lead to problems, and he was correct. Still, in a single semester course, I managed, in just a few hours in the print lab, to turn out four impressive signatures of a book on very unforgiving thick Japanese paper.

After I left Iowa in the Fall of 1972, I pursued book publishing, but I didn't follow up on my interest in printing as such. It wasn't until some years later that I thought about letterpress printing and publishing. And by the time I did, in 2005, moveable type had been rendered somewhat obsolete by the new polymer printing process, which involves making a plastic template from a digital image off a computer file--which greatly simplifies the process of creating a matrix of letters or designs for use in a traditional mechanical press. Anything you can put on a computer screen can be translated into a print face. 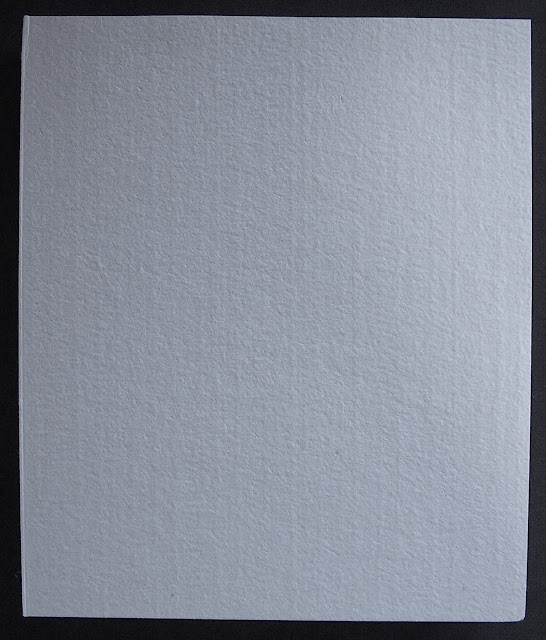 There are printers and book binders and designers who see bookmaking, and the things that can be done inside the craft, as more important than content; that is, more important than the ultimate meaning or message of the words or images they (the books) contain. A lot of "fine printing" tends to focus on secondary literature, or reprinting of established texts. Since publishing and moveable type printing split up in the 20th Century, the connection between the material text and the artist or artisan has been severed. In other words, writers nowadays seldom think carefully, or intimately, about the relation between their words or images, and their final form--which has traditionally fallen to "publishers" who control which texts are chosen, and how those texts are presented.

The idea that an intermediary--a publisher, say--or an agent--or an editor--should interpose himself between an author and his text is certainly not a new relationship. It's so much a commonplace in our time, that people hardly comprehend another way of thinking about publication. But the new computer age has opened up vistas of communication (and "publication") that did not exist before. It's now possible to "publish" a text online. And given the new printing technologies of the digital age, it's possible to make a perfectly suitable paperback book in a matter of hours, if you have the tools and the money. This has pushed the publishing industry further into irrelevance, for while it costs much less to turn out a trade edition of any kind of text than it used to, it's also cheapened and degraded the relationship between the artist/author and his audience. 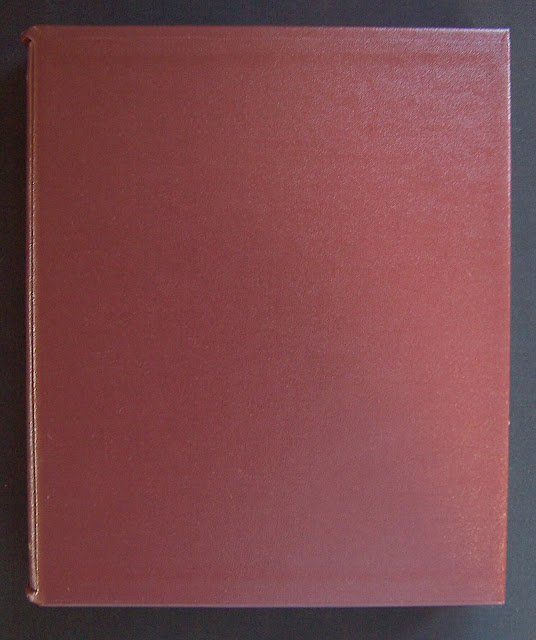 The other side of this argument, of course, is that individual authors and artists aren't to be "trusted" as arbiters of their own media. And they're discouraged from thinking about that relationship. Most serious authors today are so far divorced from what they think of as the cliché of popular bookmaking, that they hardly give it a second thought. What matters is being represented by a publisher, and having their work distributed and read by more readers. Readers, after all, are who buy the books. Books are commodities, and like much of our materialist culture, have become throwaways--disposable when used once or twice, and dumped into landfills, or pulped for recycling.

Once a book has been bought, and read, its immediate physical existence--its justification--falls into jeopardy. But can a book only be important for the attraction of its construction, the beauty of its binding and choice of typeface--if its content is not also somehow memorable or useful? Is any writer's or artist's interest in the possibilities of determining the quality and characteristics of their finished work a bonafide aspect of the writing impulse?

Is it possible to restore the artist/writer to a position of control and desire with respect to his text? Is there something wrong with a writer who wishes to make his books not just the receptacles of data, but the very realization of the meaning of his vision? In the larger sense, all print media have tended traditionally to be a collaboration, between those who express through language and image, and those who realize that content through the design of the material text.

Fine printing is certainly a dying art, but there's no reason to think that writers in the future may not set aside the whole apparatus of "publishers" and distributors and salespeople, and simply set about making their own books, if they are given the opportunity.

For the vast majority of writers--or illustrators--getting work published usually involves an ambitious campaign of self-promotion, knocking on the doors to the "official culture"--a process which may take years, even for those with considerable talent. Being "ignored" or rejected is the hallmark of most creative composition. Writers who crave an audience, particularly a larger audience, may be seduced into compromising their inspiration by reducing their efforts to popular or trendy formulae.

Anyone who submits to the reigning bastions of taste and commercial publication, probably deserves to be "disciplined" by prevailing modes of form or subject. It's a capitulation that many regard as a higher ethical standard, than that implied by the confident assertion of an individual vision. 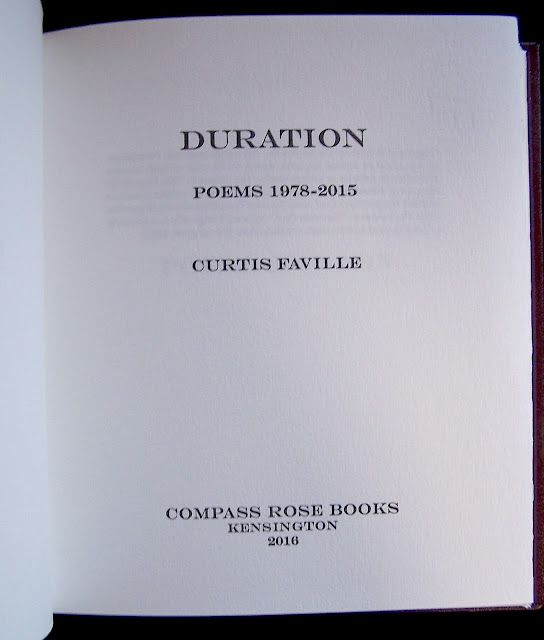 It's also just as likely that the vanity of self-publication will reveal how necessary or convenient the third-party publication process can be. One of the cardinal aspects of media theory is that there is no such thing as an unbiased assertion, that all communication (as in news, particularly, though in all artistic expression as well) is in fact presented from a point of view, or from the assumption of a point of view. It's not always self-evident, but if you scratch and dig a little, even the most accommodating party will, eventually, reveal a piety or a preference that colors what they are saying or doing.

My disdain at this point in my life for commercial publishers and editors isn't resentment or bad blood, just disinterest. I can no longer imagine someone having the audacity to tell me what I should be writing, or how I should revise or change or reconsider what I am writing, in the interests of other priorities.

We know that it's possible to write poetry and fiction without having any kind of audience. Emily Dickinson wrote her poems in private, without having the slightest concern or interest in "publication." She didn't need an audience. Writing--for her--wasn't a collaboration or dependency that fed off of the expectation or apprehension of consequence. And there are some--like me--who believe that that independence of mind allowed her to focus on her materials and subject-matter in ways she couldn't otherwise. In other words, her "isolation" allowed her to make her poems without the interposition, or interference of others, or the big Other. 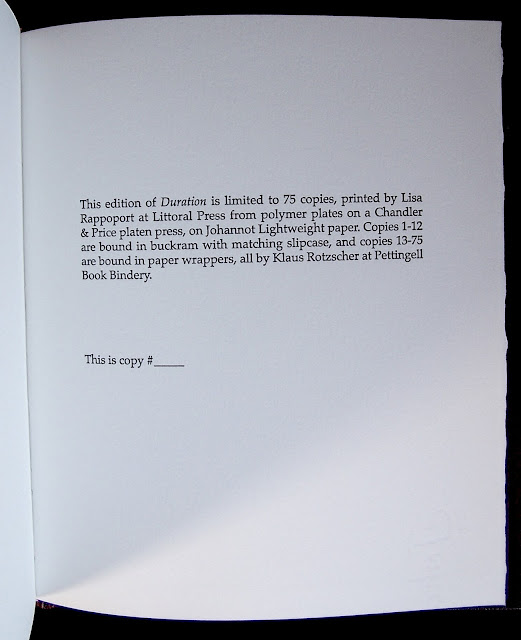 Many writers will say, when pressed, that they actually write for a single person, or group of persons, not the great mass of anonymous potential readers who represent the "public"--whatever that means. In my case, I've seldom if ever thought that writing was a form of intimate or personal address. I write as a pastime, for my own amusement, as a form of personal experiment and play. That's how I first came to dabble in writing, and that's how I still think of it, half a century later. I don't see my "development" as a writer as a process of interaction with an audience. Whenever people have told me about something they've read of mine, it's never given me much positive or negative "feed-back" because they usually understand it differently than I do, or misconstrue something of the intention. In other words, what they think is irrelevant to my own aesthetic mien.

So nowadays, I enjoy publishing my own poems in books that I plan and design all by myself. If you've never considered "making a book" out of your own writing or artwork, it may seem odd or indulgent. Paper and glue and thread and cloth are pretty dull things to most people. But the history of "literature" is also the history of how things got recorded. In the 20th Century, it became possible to communicate electronically--via amplification, telephone, radio, video, and eventually internet. But the material fact of a book still survives, though perhaps less certainly.

I like interactive digital communication. This blog is one aspect of that sort of media. But fixing or reposing words in physical print is still, today, as much about our interaction with the material text as it ever was. Electronic memory or "storage" is an ephemeral realm, dependent upon the custodians of data banks. For my part, I don't trust those folks to preserve anything I've written "online" longer than it suits their financial interest(s). "Technology" isn't a kind god; she's a jealous creature whose priorities aren't ours.

My latest experiment in self-publication is a collection of "poems" I've written, off and on, over the last 35 years or so. I stopped writing for about 25 years, while I labored in bureaucracy to make a living. When that ended, in retirement, I came back to writing. The book isn't in any sense an account of those lost years. It's the record of my reawakening to the pleasure of writing.

If you don't enjoy writing, you probably shouldn't be doing it. I can still remember how difficult and unpleasant just writing a letter seemed when I was a boy of five or six. It took a while for me to discover the relationship between myself and the printed page, but once I did, I was hooked.

Each copy of Duration: Poems 1978-2015 cost me almost $200 in materials and labor, to produce (print and bind). You could call it a "labor of love" though what love has to do with it, I don't know. It's just something I enjoy doing. If someone "gets something" out of the text, that's fine with me. If they don't, that's fine too. As I've said, what people think of it is of little real importance to me. That's not why I write and publish.

Posted by Curtis Faville at 7:13 AM

How much are you selling them for? Will you sell them at Amazon?