When we remember someone we've known, who has died, we may choose, voluntarily or not, to recall them at a certain age in their life. We are all oldest at the point we depart life, but who we were in a larger sense, encompasses the full breadth of our lives, not just the oldest version. Few people are famous as children, or achieve fame at an early enough age that we think of them always as young, immature, and familiar. Perhaps people remember Judy Garland, or Shirley Temple in a perpetual childhood state, as if their having grown up were an afterthought to the larger-than-life quality they projected at the height of their being.

John Ashbery was precocious from an early age, but developed as a writer somewhat more slowly, reaching an impressive degree of fame in his forties, with the publication of Self-Portrait in a Convex Mirror [1975]. His earlier work had been somewhat notoriously "difficult"--a quality routinely remarked about his work.

As a young aspiring poet in the 1960's and '70's, I encountered Ashbury's work first by finding a copy of his Tennis Court Oath [Wesleyan University Press, 1962] in a student bookstore while a student at Berkeley in 1968. I wasn't sure what to make of it, but its impressionistic, synesthetic qualities I found intriguing, despite my inability (or unwillingness?) to understand the narrative structure of his poems. It would be later that I would find out about his Dada, Surrealist sources of inspiration, which took some of the mystery (and intrigue) out of my earlier apprehension. When you are young, you may impute mysterious qualities to things simply because of your own innocence or ignorance. 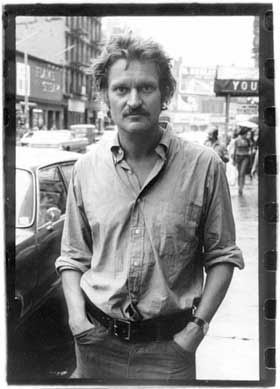 Ashbery's career unfolded in an odd way. The first two books, Some Trees and Tennis Court, were challenging and unapproachable for the general reader. Rivers and Mountains [1966] was a bit more apprehensible, and the camp The Double Dream of Spring [1970] seemed fully formed, mature work. Three Poems [1972] was like meditative prose-poetry, almost a kind of philosophical tract. So when Self-Portrait appeared, its meditative flow struck just the right note, and won all the prizes. Had Ashbery finally crossed over from hermetic abstruseness to fully realized accessibility?

As time wore on, Ashbery's productivity increased, turning out almost a book every two years over the next three decades. Rather than becoming clearer and more sensible, his work became difficult again. After Self-Portrait, I tended to lose interest in his poetry, which struck me as repetitive and playful in a frustrating way. Whereas Tennis Court had been innovative and experimental, Self Portrait had been a triumph, a synthesis of organization combined with unusual insights. His later work became increasingly camp and nonsensical, as if these qualities mattered most.

I have thought over the last 30 years, that Ashbery had written too much, a feeling I tended to have about other writers, such as John Updike, and W.S. Merwin. It seemed to me that Ashbery had become so facile, that he could turn out a poem at any time, with his characteristically elusive elaboration, without the least provocation. Nearly all of his work is filled with fascinating observations, reports of feeling and concept--but these aspects don't necessarily cohere into unified works of art. The point Ashbery seemed to be making was that they didn't need to. He had "done that" before, so why write it again?

Ashbery's long denouement will have to await the judgment of history, but for me, his career's apex is Self-Portrait, followed by a series of extended footnotes.

I had two interactions with him. The first was when he generously agreed to give me poems for a little magazine I was editing in the mid-70's--which, unfortunately, I was never able to use. The second was when I discovered a book that had belonged to him back when he was a graduate student in the early 1950's. I wrote a two-part blog about my speculations regarding the influence of this text on his work, and he wrote me about it. In both instances, he was cordial and not in the least difficult or condescending.

Ashbery was among the handful of writers who were important to me in my writing life. Sophisticated to a fault, deeply intelligent, open-minded, mischievous, ambitious and tireless. The photo above would be from about the time he would have been writing Self Portrait, I think. It shows a young man, casual and relaxed, with an intense curiosity and determination--qualities that you can sense in his work. Ashbery lived a very long life, and was totally redeemed by his successful writing. When someone lives for that long (aged 90) there is little to mourn, because nothing is wasted. He used it all up, a self-consuming artifact of time.

Posted by Curtis Faville at 9:14 AM

I wish you'd have printed and explained some lines from his work.