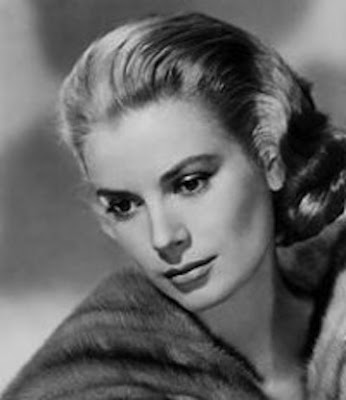 Grace Kelly [1929-1982] was that anachronism, a commoner who rose through the ranks of the entertainment business to achieve literal royal status as the Princess of Monaco. Monaco--which I've written about here before ("The Prince of Monaco Was Sick of English Ladies")--is but a tiny principality on the Southern coast of France--little more than a couple of miles in length. Nonetheless, its ruler is a titled aristocrat.

Map of Monaco along the French Coast 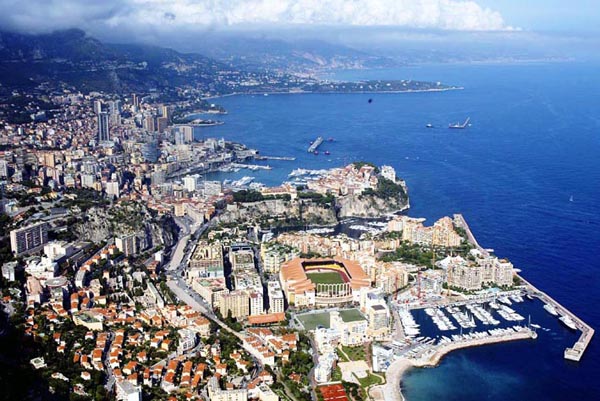 View of the Principality of Monaco from the air

Princesses are more traditionally born than they are made--through marriage. In the case of Grace Kelly, her rise to nobility seemed no more than fitting. A natural blonde beauty with a model's lines, and a classic caucasian face, she exuded an aristocracy of bearing in a series of Hollywood feature films. Her career might have continued indefinitely, had she not had the occasion during the filming of the iconic sophisticated comedy-intrigue To Catch a Thief (Hitchcock, Paramount, 1955), which takes place on the French Riviera and was filmed there on location, to meet the bachelor Prince Rainier III in nearby Monaco. After a whirlwind of a romance, she became a princess on April 18, 1956, at the age of 25. At the time, it was touted as the marriage of the century. 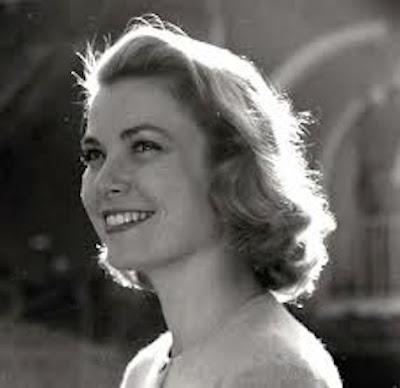 Though it meant the end of her film career, Kelly's marriage to Rainier made her seem even larger than did her fame as a film star. She bore the Prince three children, and carried out her duties during her reign with the utmost formality and aplomb. She died on September 18th, 1982, while driving on the serpentine road above the Riviera, losing control of the car due to a stroke. She was only 52.

The primary function royalty serves in our time is as a focus of the public's vicarious fantasy-consciousness. Many people seem to need larger-than-life figures upon whom to project their hopes and curiosity and attention. Though we know we have no chance to have the experience these figures do, we may seem to share in their triumphs and travails, just by following the news of their comings and goings, the otherwise trivial events in their highly public lives. Royalty, in our time, has become nothing more than the official duty of acting out the part; as Hitchcock quipped, he was "very happy that Grace has found herself such a good part." As indeed she had. 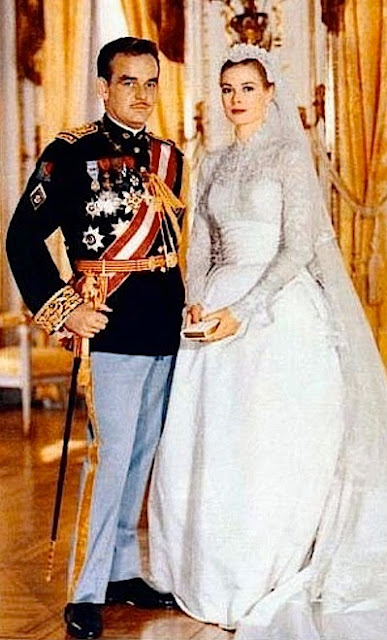 As the anniversary of her death approaches, here's a seductive and sophisticated new cocktail concoction which captures the spirit of the pristine, flawless figure she cut in the world. Princess is often used as a derogatory term for women who may appear to believe they possess an unwarranted gift of nobility, of deserving adoration or esteem or idolatry simply on account of their looks, or their precious conceit.

In the case of Grace Kelly, she became a real live "Her Grace, The Princess". There was nothing fake about her nobility.


As usual, by proportion, gently shaken with ice and served up in chilled cocktail glasses.

What a beautiful woman!